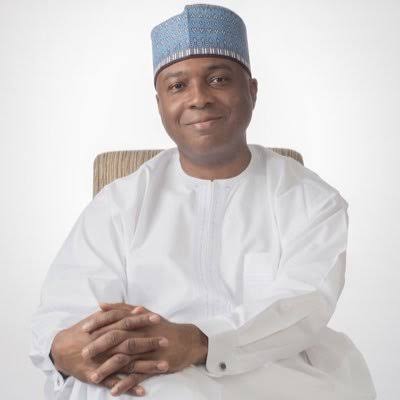 Bukola Saraki, former senate president, has unveiled his favourite songs of 2021 — an initiative similar to that of Barack Obama, ex-US president.

Saraki took to social media on Thursday to share a total of 41 tracks drawn across different musical genres to celebrate the outgoing year.

“As we wrap up the year, resting, relaxing, and spending much-needed time with my family, here’s what I’m listening to…” he wrote.

Among songs featured on the list include ‘Essence’ by Wizkid and Tems, ‘The Best’ by Davido and Mayorkun, ‘Lie’ by Kizz Daniel, ‘Bloody Samaritan’ by Ayra Starr, ‘Peru’ by Fireboy, and ‘La La’ by Davido and Ckay.

Others are ‘Loading’ by Olamide and Bad Boy Timz, ‘Good Life’ by Kanye West and T-Pain, ‘Yeah 3x’ by Chris Brown, ‘Feeling’ by Ladipoe and Buju, ‘Damages’ by Tems, and ‘Gaga Shuffle’ by 2Baba.

Saraki was Nigeria’s senate president between 2015 and 2019. He is known for celebrating the heroics of Nigerian entertainers on his social media page.

In 2020, the politician had hailed Wizkid after he put out his ‘Made in Lagos’ album, describing the project as “a brilliant end to an eventful month.”

Last month, he also joined other prominent persons to commend Davido, the music star, for donating N250 million to orphanage homes in the country.

See What Lagos Govt. Did For Lagosians That Got Everyone Talking