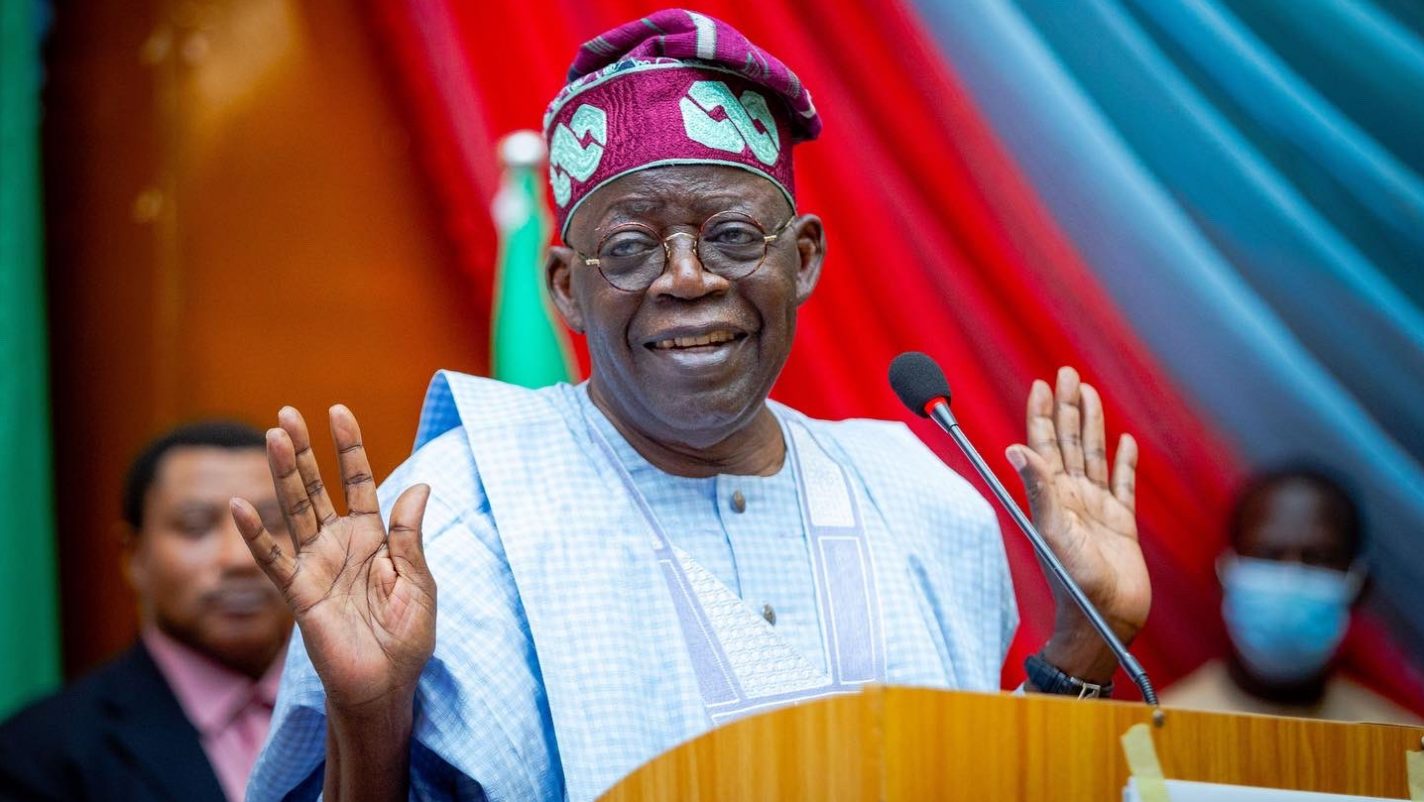 Race To Aso Rock : Like Ekiti, Tinubu Would Defeat Every Other Party Candidate Before 12 Noon On 23/2/2023 By Osigwe Omo-Ikirodah

Yesterday, APC Oyebanji overcame 15 other candidates to win the governorship race in Ekiti State, in an epic battle in which the winner was already known by 2 p.m. on voting day. INEC continues to improve, finally assuring voters that their votes are sacred and will always be counted. 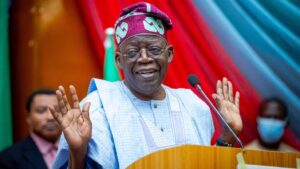 The burden now falls on the majority of registered voters who, over time, decline to vote out of fear that their votes would not be counted, or should we say a case of lazy Nigerians who crave changes but can’t give a bit of their time to vote for what they want.

Let’s take a look at Ekiti State to back up my claims. Ekiti State has 177 wards with 2,445 polling units, totalling 988,923 registered voters, however only 749, 065 PVCs have been collected as of the weekend, accounting for 76% of all eligible voters as registered by the INEC.

Prof. Kayode Oyebode Adebowale, the INEC Chief Returning Officer, announced the results in the early hours of Sunday, June 19, 2022, saying that the total number of accredited voters was 363,438 with 360,753 votes cast.

Thus, only 360,753 ballots were cast out of a total of 988,923 registered voters. Even close to 3000 accredited voters did not have the patience to vote; honestly, what can we call this?

So, if we continue to follow the trend of the same percentage of electorates voting even when over 60% of registered people do not vote, we may continue to anticipate the results in terms of the popularity of the contestants.

Take note that the 2019 elections were similar in that Lagos had over 6 million registered voters with only roughly a million voting. This has been a pattern.

For the 2023 presidential election just like Oyebanji of Ekiti State, Tinubu would defeat his political opponents and the results would be known to everyone before 12 noon, so to speak.

Back to Ekiti again, the APC candidate received 187,057 votes in the election held on Saturday, June 18, 2022, defeating his nearest competitor, Segun Oni of the Social Democratic Party (SDP). Oni, the state’s former governor, received 82,211 votes, while Bisi Kolawole of the Peoples Democratic Party (PDP) came in third with 67,457 votes.

Segun Oni defected from the PDP to the SDP following what he claimed were rigged primaries in January that were designed to keep him out of the party’s governorship race. According to the above election results, the APC candidate was not in any danger because his support base stayed consistent, while the PDP and SDP splited their votes.

Even from the surface it is clear that if we follow the trend of how voters vote using Ekiti which just occurred yesterday as a case sturdy then I can proceed to conveniently say Asiwaju Bola Ahmed Tinubu would defeat all others aspirants immediately after the commencement of voting in next year’s presidential election.

In the last general elections  Muhammadu Buhari polled a total of 15,191,847 votes, winning in 19 out of the 36 states. His main challenger Atiku Abubakar of the Peoples Democratic Party scored a total of 11, 255,978 votes and won 17 states and Abuja.

Now take note that Peter Obi was the running mate to Atiku Abubakar in that same elections were Kwankwaso also contested the PDP presidential primaries.

What do we have four years later? Buhari remains in the APC, and Bola Tinubu, the Man Friday who realized Buhari’s aspirations in 2015 and 2019, is the party’s presidential candidate.

The APC now has more states than ever. So the permutation is simple, the PDP’s strong base is divided into three quarters , the PDP  the NNPP and the LP, while the APC remains intact and, in fact, gained more states than it ever had, so how do we expect the APC not to win by a landslide, oh cut the story that Buhari has not done well or the APC has failed Nigerians, let me ask you, is Ekiti not in Nigeria?
In terms of performance and administration, Buhari, whom they believe has failed Nigerians, is really better than at least 30 state governors.

Who deserted the APC for the PDP, LP, or NNPP? Take a critical look at the stats and let us tell ourselves the gospel truth, even if it has to be only ourselves in our closet. Please name the names, but the PDP has dissolved into the NNPP with Kwankwaso and the LP with Peter Obi, all of whom were heavyweights in the party four years ago.

So, if, as I said before, the vote trend continues, anticipate the APC to keep or gain more of the states it won in the last presidential election, with the other parties dividing the other states., this is common sense.

I have always believed that the people who do not vote but are registered to vote are the ones who can change the country ; they alone make up over 60% of the voting population that can decide where the election swings, but sadly, they are Lazy Nigerians; Ekiti has proven this yet again, and I am not surprised.

Then, let me clarify some political camps of the three other key presidential contenders who claim that voter registration is surging, implying that a large number of people are registering to vote in order to replace the ruling party.

Do not be fooled: since man learned to fire without missing, birds have learned to fly without perching. During the last APC national special convention, where the Jagaban emerged through the fairest and most transparent party primaries in the nation’s history, I was astounded by the number of people who trooped to Abuja in support of the Jagaban. The two days of activities saw a tremendous flood of citizens into Abuja, all in support of Asiwaju.

Do you expect Asiwaju not to mobilize his people to obtain their PVC in the same way that those individuals were driven or mobilized by something or someone? The governor of Zamfara State has just declared a seven-day holiday to allow people to register to vote. So the drumbeat that voters are only registering to vote for a particular candidate is incorrect.

Take it to the bank that Tinubu will win the Presidential election as soon as voting begins. Go and study the APC presidential primaries and you will discover that Tinubu won in the core Northern States ahead of the South West. Take note that Tinubu’s candidacy was championed by the Northern Governors.

Put the numbers together: Tinubu has clinched an away win from the North since he will automatically secure some States. Then it’s down to the South-East, where the PDP would win by default, with Peter Obi close behind. Kwankwaso would get nothing here, while Tinubu would get just the bare minimum. The APC controls two states with structures, so Tinubu, who is a Southerner, would get more votes than Buhari did in 2019, though he’d still lose badly. The votes here would be sharply divided between the LP and the PDP.

Then the South-South PDP would definitely carry the day because of its structure and funny enough Tinubu would trail behind in the South-South , finally the South West would stand fully with the Jagaban having a clean sweep.

So, give and take, Tinubu would be celebrated as the future President of the Federal Republic of Nigeria by 12 noon on February 23, 2023 with a large margin of victory, as the votes would be split among the three PDP offspring’s of Atiku, Kwankwaso, and Peter Obi.

Yahoo Boys: Pastor Ibiyeomie Reveals What Will Happen To Anyone Who Kills For Money This Week