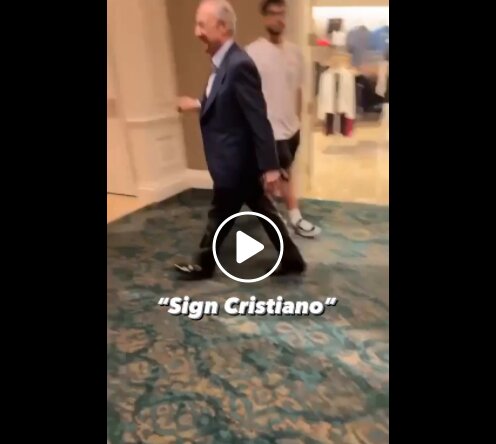 Real Madrid president Florentino Perez was quizzed by fans about Ronaldo while staying at a hotel in Helsinki for the club’s UEFA Super Cup final win over Eintracht Frankfurt.

One of the supporters can be heard saying “president, sign Cristiano” in the viral video, to which the 75-year-old responded: “Cristiano? Again? At 38 years old?”

Madrid are one of several clubs to have been linked with Cristiano Ronaldo this summer as the Manchester United striker reportedly seeks a way out of Old Trafford to continue playing Champions League football. However, the likes of Bayern Munich, Chelsea and Sporting CP have all distanced themselves from the five-time Ballon d’Or winner, and it now appears that a return to Santiago Bernabeu is also off the table.