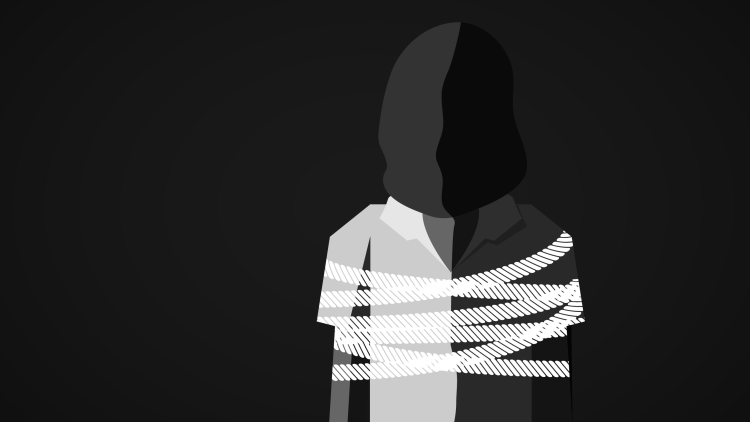 A three-year-old child who was among the 156 pupils abducted by bandits from Salihu Tanko Islamiyya School, Tegina, in the Rafi local government area of Niger State last Sunday is dead.

The infant who was said to have been abandoned a few kilometres from Tegina town became feverish and later died due to trauma caused by gunshots.

This is just as the bandits have increased the ransom for the release of the Islamiyya students to N200 million on grounds that the parents delayed paying the money.

The bandits had initially asked for N110million for the release of the children, with a threat to kill them if the money was not delivered by Thursday.

But parents of some of the abducted children who spoke with LEADERSHIP Weekend yesterday said the bandits reached out to them on Thursday evening, saying the ransom had been raised to N200m.

Speaking exclusively with our correspondent yesterday, Tanko Zegi, father of Yazid, who is among the children abducted from the Islamiyya School, said one of the pupils kidnapped by the bandits died after he was left behind a few kilometres from Tegina town.

Zegi accused the government of neglect, noting that they have felt little or no impact from the state government since the children were abducted.

He said, “One of the children the bandits took but later left behind, a few kilometres from Tegina because he was just about three years old died due to the trauma. He was feverish and later died because of the fear of guns he saw.

“We have left everything in the hands of God. We are here hoping; we have not received any government official, not even a call. Just the day before yesterday (Wednesday) a woman, mother of an abducted pupil, slumped and died as a result of the trauma.

On the increase of the ransom to 200million, Zegi said, “They first asked us to pay N110 million but later said because we delayed, they have increased it to N200 million. We did what we could do to raise 10 million. That is what is on the ground.

“Official statement by the government said they are working on the safe release of the pupils, and we are here. We did not see anybody and no sign of this happening soon. We only see and hear about the government in the media.

Zegi further said one of the teachers abducted with the pupils told him and other parents on the phone that the children were being fed with two moles of Kulikuli (groundnut cake) once a day.

“One of the Mallams (teachers) is with them. They used his handset to call the headmaster. The children are okay but we were told they eat once a day.

You can imagine children of ages 5, 6, 7 and 8 years being fed once in a day. The oldest of the pupils maybe about 15 years. They are mostly within 5 to 6 years of age”, he stated.

Also, Danlanmi Ibrahim, father of Sadeeq, one of the abducted pupils, said each parent contributed not less than N50,000 to make up for the ransom demanded from the bandits.

He said, “They are now requesting N200 million, but they had requested N110 million. That is why we decided to raise money but they said because we delayed, we are now to pay N200 million before they would release our children.”

Noting that they negotiate with the bandits through the mobile phone of the headteacher of the school, Mallam  Alhassan Abubalar Garba, he said they are yet to get any feedback from the state government.

We are really anxious, frightened and down. We feel like going to the bush to rescue our children. We have people that have more than two children in the bush with bandits.

On the security situation in Tegina town, he said, “No soldier or police patrol. We used to have mobile policemen here but since the incident happened we didn’t see them again.”

On his part, Dauda Alfa, one of the parents whose three children were picked, said one of the children was left behind because he is about four years old and could not walk.

“Three of my children were involved but they left one out because he is just three years going to four years, but a boy and a girl are with them. My younger sister’s son is also with them (bandits). My son, Habib, and daughter, Sophia, are with them. Habib is 10 years old while Sophia is 13 years old,” he stated.

Lamenting the terrible condition under which the children are being kept, he said, “We heard that our children are fed once a day with two moles of kulikuli (groundnut cake) and little water. That is all for a day and the government is giving assurance. We have submitted everything to the hands of God. They left us with the anxiety and assurance of the release of our children

“No government official came; only those who came from the office of the commissioner of police to ask us of the number of pupils abducted. We only get back up and morale-boosting from the local government chairman and the village head who is always with us from morning till evening.

“Not even the police highway patrol van that used to be here; they have gone. No security cover, even a Customs checkpoint right in front of the school is no more. They have all gone.”

Also, Aisha Ibrahim, mother of two of the abducted children said the police are also helpless just like parents of the children in captivity.

We are doing everything on our own. If the bandits want to talk to us they use one of the Mallams (teachers) abducted with them to talk to the Headmaster”.

Also, Baba Aliyu whose son is among the abducted told LEADERSHIP Weekend that the government was not doing anything to help the parents.

“They have assured us that they would ensure the safe release of our children but they are not telling us how they will do that without paying the ransom. The people (bandits) are after money. They are threatening to come for us or hurt our children because I know feeding 156 people would be difficult. It means our children may starve to death,” Aliyu lamented.

On his part, Rabiu Mohammed, a relation of one of the abducted pupils, said the bandits are also demanding an additional N40 million for some passengers and villagers who were abducted along with the kids.

He said, “What people don’t know is that the ransom of N110 million is for the 136 Islamiyya students. They (bandits) also abducted some of our people along the road and some passengers. They are demanding another N40 million, all in all, they are demanding for N150 million.

“While they (bandits) were coming, they saw a Sharon minibus with passengers. They abducted them and they are demanding N30million and for our boys in the village apart from the students abducted, they are demanding for N10million, making an extra N40 million.”

How We Were Recruited By IPOB To Train Over 4,000 ESN members –Ex-Soldiers