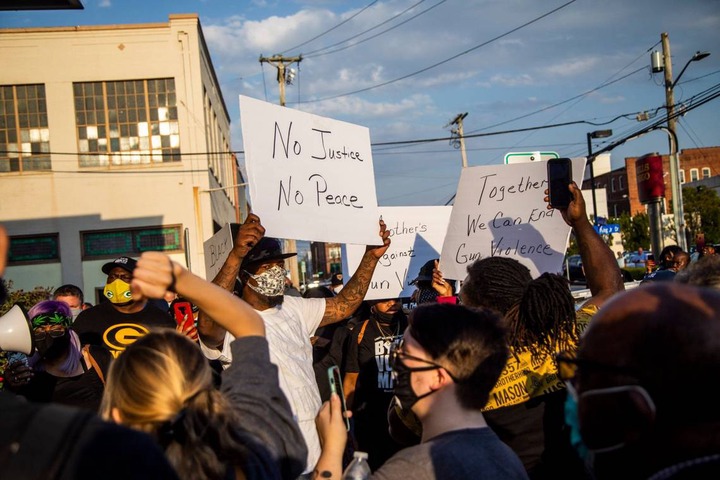 The shooting unfolded in Elizabeth City, a riverfront town of about 18,000 residents in Pasquotank County near North Carolina’s coastal border with Virginia.

Authorities identified the victim as Andrew Brown Jr, a resident of Elizabeth City, and said he was shot when sheriff’s deputies tried to serve him with a search warrant at about 8.40am.

Relatives described him as a 40-year-old African American, who was a father of 10 children.

Authorities are yet to provide details of the shooting but eyewitnesses said Andrew Brown Jr was shot while trying to drive away and that deputies fired at him multiple times. The car skidded out of Brown’s yard and eventually hit a tree, said Demetria Williams, who lives on the same street and ran out of her house when she heard the gunshots.

“When they opened the door (to the car) he was already dead,” Williams told The Associated Press. “He was slumped over.” She said officers tried to perform chest compressions on him.

The Pasquotank County Sheriff’s deputy was placed on leave pending a review by the State Bureau of Investigation, Sheriff Tommy Wooten II said at a news conference. Court records show Brown was 42 years old and had a history of drug charges and a misdemeanour drug possession conviction.

Wooten said the deputy shot Brown about 8:30 a.m. The deputy was wearing an active body camera at the time of the shooting, said the sheriff, who also declined to identify the officer or say how many shots he fired, citing a pending review by the State Bureau of Investigation.

On Wednesday evening, dozens of people gathered at the scene of the shooting in Elizabeth City, a municipality of about 18,000 people 170 miles (274 km) northeast of Raleigh, where they expressed their anger over the shooting, holding signs proclaiming “Black Lives Matter” and “Stop killing unarmed Black Men.” 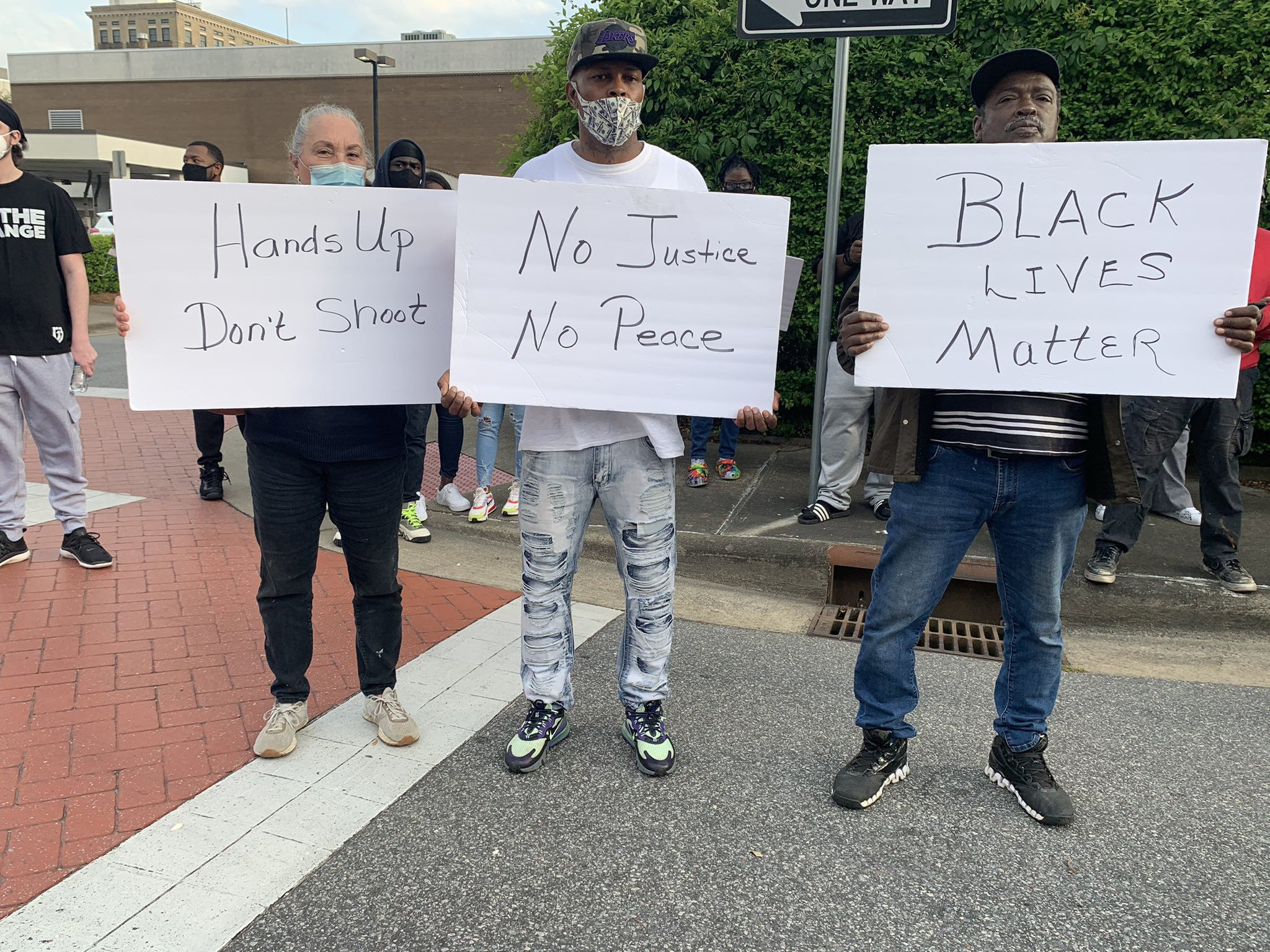 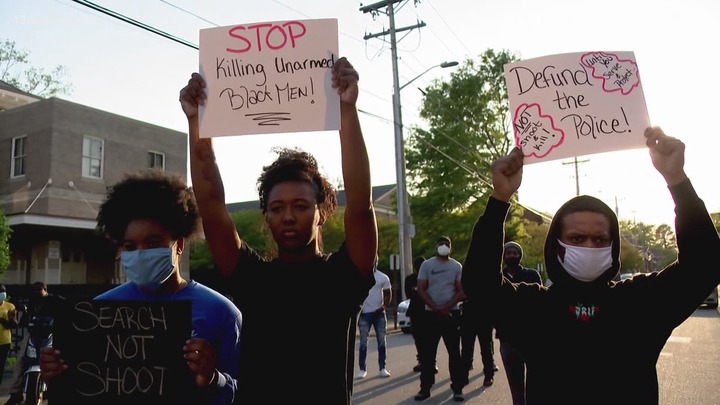 “The police didn’t have to shoot my baby,” said Martha McCullen, an aunt of Brown who said she raised him after his parents died. McCullen stood on the stoop of Brown’s rental home, her eyes moist with emotion. 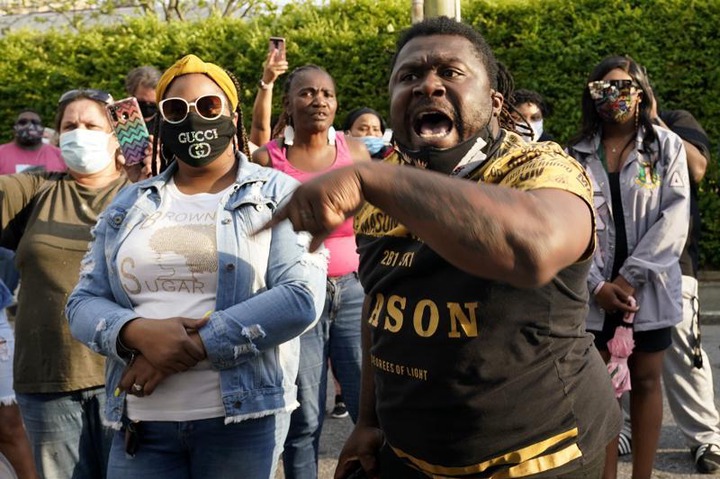 The shooting came the day after a jury found Derek Chauvin, a white former Minneapolis police officer, guilty of murdering George Floyd last year by kneeling on his neck while Floyd was handcuffed and under arrest. 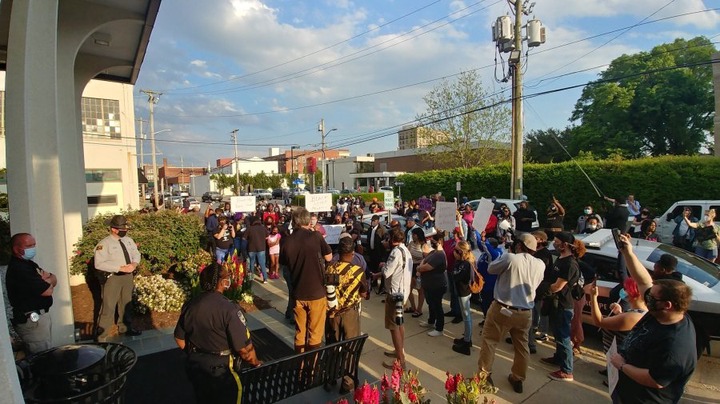 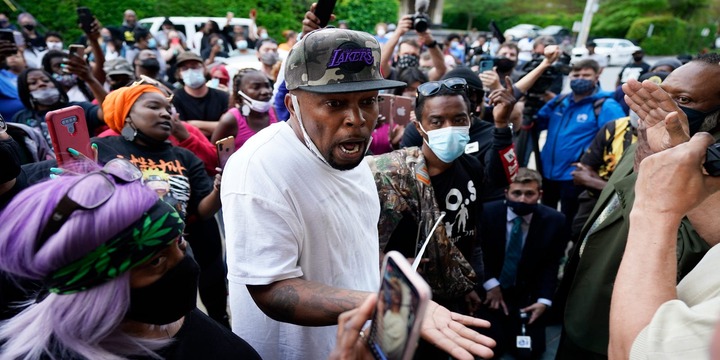