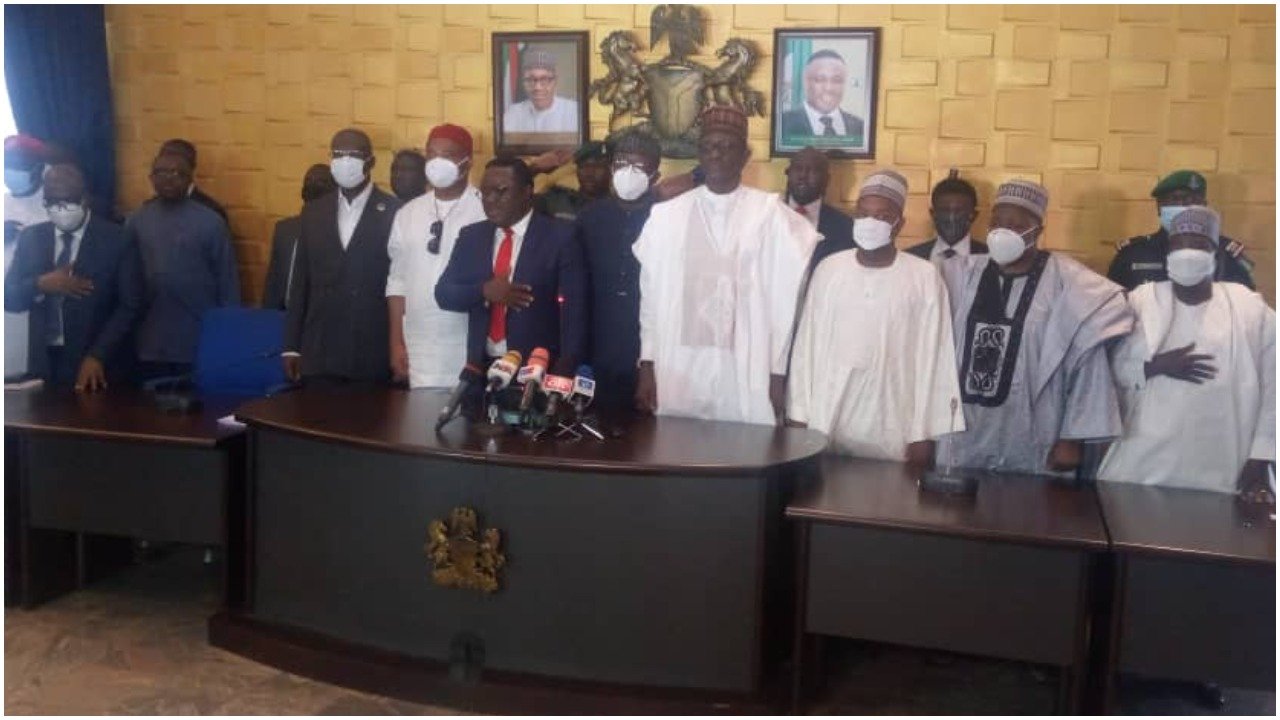 He formally declared for the ruling party at the Cross River State Executive Council Chamber, Governor’s Office in Calabar after a two-hour meeting with seven APC governors led by the party’s interim chairman and governor of Yobe State, Mai Mala Buni.

Speaking on why he was joining the APC, Ayade highlighted the character attributes of President Muhammadu Buhari and the realisation that Cross River, which has been emasculated economically following the ceding of its oil wells, needed to be in sync with the party at the center, as the main reasons for moving.

According to the governor, “having seen and known the President of the Federal Republic of Nigeria and his commitment to this country, his nationalistic disposition and all the efforts he has made to bring Nigeria to where we are today, it is obvious that at this point, we needed to join hands with him to build a Nigeria that we can be proud of.

“We need all governors to recognize that it is not party that matters. It is character, it is honor, it is commitment to the vision of this great nation. We all need to as a team, work ahead of the president by working towards building a prosperous country that the succession worries of 2023 will come without the fears and the worries the international community has for us.

“I believe that if everyone of us as governor joins hands with Mr President, I think we can sit on the same dining table and fashion out a way to govern this country.”

Speaking on the development, an elated Buni said he and his team were in the state to formally welcome Governor Ayade to the APC.

His words: “I am here on behalf of the APC family to welcome His Excellency the Executive Governor of Cross River State formally to the APC. As from today he is the leader of the party in the state.”

Also present was the Minister of State for Petroleum, Chief Timipre Sylva.

Others at the meeting were the state deputy governor, Prof Ivara Esu, Speaker of the State House of Assembly, Rt. Hon. Eteng Williams Jones and members of the State House of Assembly, some National Assembly members, members of the Cross River State Executive Council members, Local Government chairmen, councilors and some stakeholders, including Dame Princess Florence Ita-Giwa and High Chief Asuquo Ekpenyong, amongst others.