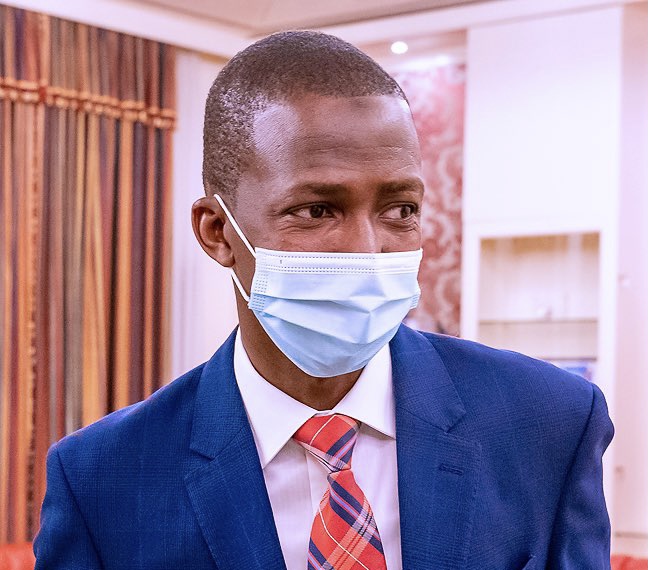 ON the 12th of December — precisely yesterday — the Punch newspaper threw  punches at the new anti-corruption Czar,

Abdulrasheed Bawa, the henchman of the Nigerian anti-graft agency for what it called tardiness to “arraigned any politically exposed persons and other Very Important Persons (VIP) for money laundering and embezzlement of public funds”. The news item published in the Punch stable was seemingly an attack against itself and other media outlets that have accused the Economic and Financial Crime Commission (EFCC) of conducting media trials before the actual judicial trials of economic fraudsters amongst the mighty and the not-so-mighty.

In the past, the EFCC had severally and viciously come under heavy criticism for either conducting ‘too sloppy’ investigations before arrests were made or adjudging suspected financial criminals guilty as charged before the actual prosecutions. Interestingly, that hasn’t been the case since Bawa assumed office as the EFCC boss. For the records, Bawa-led EFCC has been applauded across board for his tenancity of purpose, astuteness, uncommon capacity as a thoroughbred investigator who has painstakingly propelled the agency to an appreciable and acceptable level.

Apart from the cloudy misconception in the 10-month review of Mr. Bawa-led EFCC leadership, the most intriguing aspect of the report that suggests that cyber crime such as the ones committed by Yahoo boys in Nigeria is a mere dent on the war against graft is a plot to bring the anti-corruption agency to disrepute! I’m tempted to agree with the general opinion that the Punch newspaper report is intended to debase the success story of the anticorruption agency at best, at worst, smacks of an opportunistic easy-go-wealth syndrome of the young populace who see internet abuse and cybercrime as the only way to survival.

The overview of the Punch newspaper report echoes the arbitrariness of arresting Yahoo boys in their hotel rooms while asleep as a misnomer, as if they should have been given pre-notice or warrants of arrest, to start with.

“Investigations by our correspondent indicate that since assuring office, the EFCC under Bawa has been fixated with cyber scammers popularly known as Yahoo boys, with operatives storming hotels at odd hours on raids. For instance, in July, the commission arrested 30 suspects during a raid on a hotel in the Lekki area of Lagos State. The operatives were alleged to have gained entry into the occupants’ rooms by seizing the master cards from the hotel management at gunpoint”, a part of the story reads. 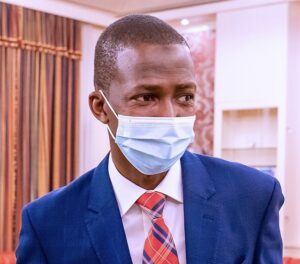 However, the Punch newspaper celebrated the Dubai Police in conjunction with the FBI when they arrested 12 suspected Nigerian fraudsters in June 2020, living in the United Arab Emirates as part of their special operation dubbed “Fox Hunt 2.” Six raids were conducted concurrently while the suspects were asleep, and among several items, the Dubai police reportedly seized more than $40m (N16.4bn) in cash and hard disks containing the addresses of nearly two million victims. Among the suspected fraudsters arrested was Ramon Abbas (popularly known as Hushpuppi), a social media celebrity known for flaunting his opulent lifestyle on Instagram and Snapchat with posts of him in luxury cars, private jets, and designer clothes.

In disguise, what Punch newspaper seems to celebrate elsewhere it is repudiating in Nigeria, even when the cases, styles, scenes and strategies of the crime committed are the same. Cyber crime, without being overtly equivocative is far more deadly a crime than money laundry activities carried by politicians. Cybercrime fuels cyberterrorism as established by researchers that cross border transfer of illicit funds from which dangerous weapons are purchased by terrorists organisation are easily facilitated. The mojor sources of terrorists financing comes from internet fraud funding. That is why it would be out of context to concentrate on prosecuting only criminal politicians and isolate cyber scammers.

Less than being altruistic, the Punch newspaper report wrongly listed some former Governors and other highly placed individuals as having been extricated from justice, because the EFCC prosecution has seemingly hits a brick wall. Sounding the alarm, the report said on October 16, a former governor of Kano State, Rabiu Kwankwaso, was interrogated over alleged non-remittance of N10bn pensions fund. The report beamed search lights to October 24 incident where the agency detained a former Secretary to the Government of the Federation, Anyim Pius Anyim, in connection with the allegations against the former aviation minister, Stella Oduah for a few days.

It also listed the July 28 of the EFCC quizzed and detained of a former Nasarawa State governor, Tanko Al-Makura and his wife, Mairo, for misappropriation of billions of naira while in office; the  questioning of a former president of the Senate, Bukola Saraki, over alleged misappropriation of public funds and money laundering and that of a former governor of Edo State, Lucky Igbinedion, who was on November 12 invited and quizzed for three days for allegedly diverting N1.6bn public funds.

The Punch report failed to mention that the EFCC under Bawa’s watch thoroughly investigated Senator Rochas Okorocha, a prominent member of the APC and staunch supporter of President Muhammadu Buhari. It secured a court order which has seized numerous assets allegedly acquired illegally when he

governed the Imo State between 2011 and 2019. For the records, Okorocha plans to build a tuition free Islamic University in Daura the hometown of Buhari. Did that stop the Bawa led EFCC from investigating him and ensuring that his assets were confiscated?

The same EFCC under Bawa investigated former Governor of Abia State and current Chief Whip of the Senate, Orji Uzor Kalu. EFCC ensured that he was detained before a court order set him free. Strictly speaking, the EFCC as it is under the leadership of Abdulrasheed Bawa needs nothing more than encouragement and the total commitment of the media, if Nigerians expect a new turn of events, going forward.

Erasmus Ikhide contributed this piece from Lagos via:  [email protected]

Ovia In Safe Hands:  See The  State Of The Ongoing Construction  Of Ultra Modern Health Care Centre At Okhunmwun That Gets Everyone Talking(Photos)