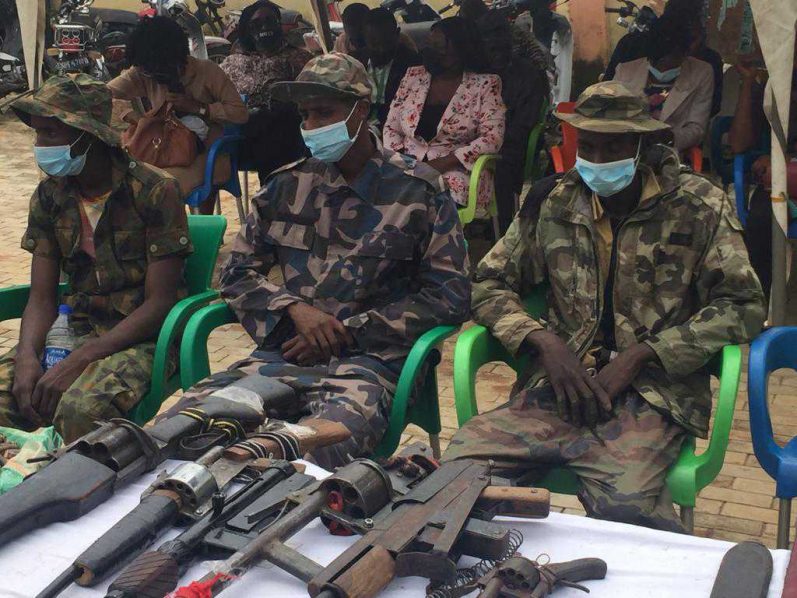 The long arm of the law has caught up with three of the criminal masterminds behind the abduction of over 100 students of Bethel Baptist school, Kaduna State.

The criminals were arrested by operatives of the Nigeria Police and were paraded on Thursday by the Force Public Relations Officer, Frank Mba at the headquarters of defunct Special Anti-Robbery Squad (SARS), in Abuja.

The three suspects identified as Adamu Bello, Isiaku Lawal, and Muazu Abubakar told journalists on the ground that 25 of them executed the abduction of the students.

Speaking on why they kidnapped the students, the suspects, dressed in military camouflage, confessed it was because of money.

“Twenty-five of us carried out the operation. We kidnapped 136 students and I got N100,000 share from the money,” 27-year-old Abubakar said.

El-Rufai Responsible For Export Of Banditry To South – Akeredolu