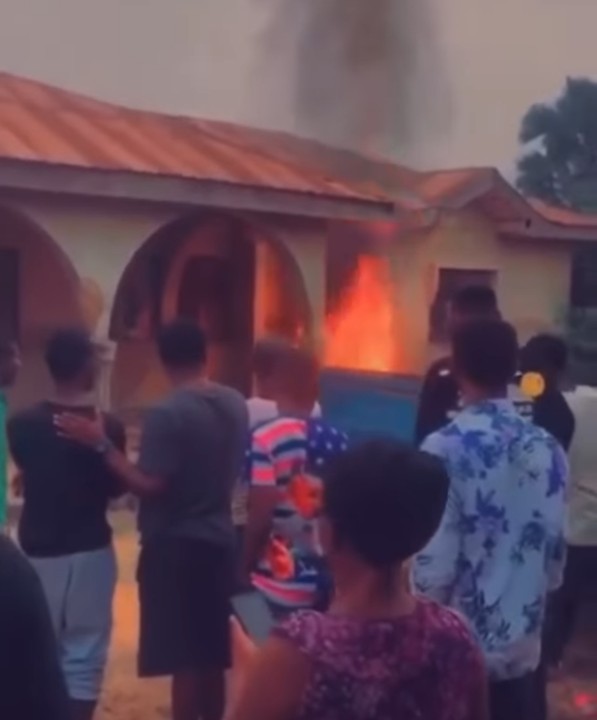 There is currently confusion in the Adehun area of Ado Ekiti as a seven-year-old girl, Demilade Fadare, who was declared missing yesterday, Monday, December 6 is reportedly dead.

Read Also Sad As Man Battles For Life After Being Raped By 2 Women, Leaving Him Unconscious

According to sources, the 7-year-old girl was sent on an errand on December 6 and didn’t return home. A search was launched and she was found in a house not far from her residence.

“They found her in a house belonging to a pastor. She had been st*bbed multiple times before her mut!lated body parts was kept in a cooler. Irate residents took laws into their hands and incinerated the building,” a source said.

I Want To Dump My Mechanic Boyfriend Who Sponsored My Education, My Level Has Changed Now – Lady Reveals