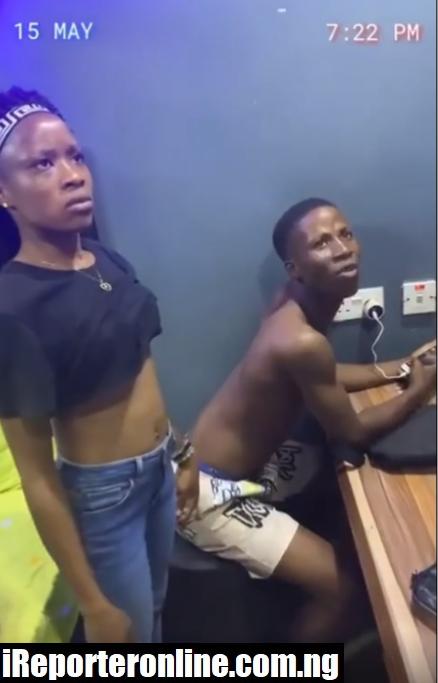 The fast trending video captures the moment a man was being confronted by a sex worker for refusing to pay after she rendered her service.

The man who spoke in the Yoruba language opened up to one of the men at the scene his reason for refusing to pay.

He told the man that the lady gave him a tough time when they did go down for business.

The lady who heard what he spoke in Yoruba then asked the man who was trying to settle the issue if she had given him a tough time when they did their own business.

Lady Dresses Half-naked, Struggles To Cover Herself At Event (Video)