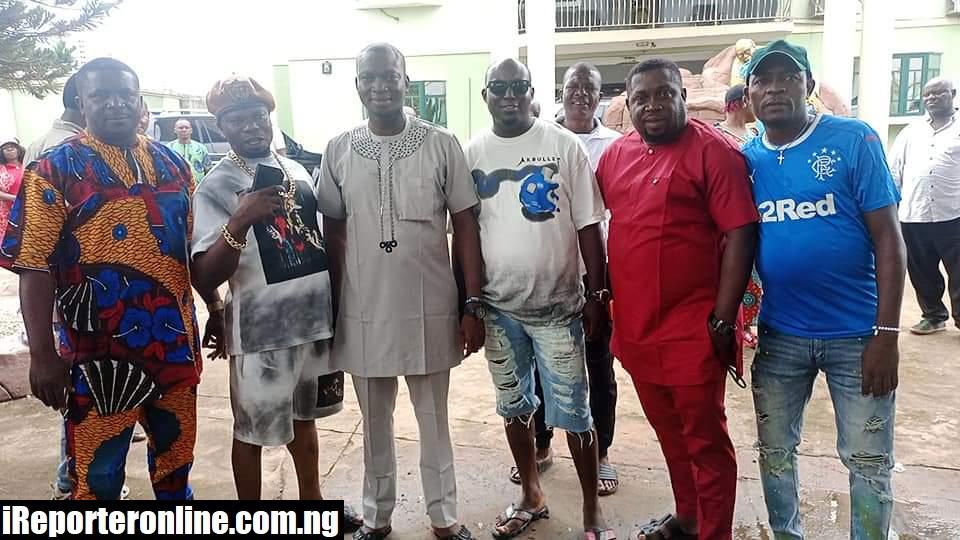 Edo: Group Of Party Stakeholders Call On APC To Expel Comrade Shaba And Osarobo Idahosa From The Party For Anti Party Activities

A group of APC party stakeholders have called on the Executives of the party both in the State and at the National level to expunge Comrade Adams Ehigiamusoe aka Shaba and Mr Osarobo Idahosa from the party, saying they are “antithetical” to what being a progressive is. 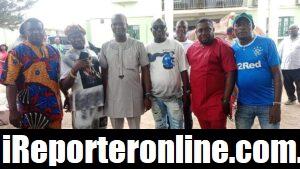 Speaking on behalf of APC stakeholders from Oredo LGA, Comrade Eugene Imasuen Enofe passionately called on the party to expel Adams Ehigiamusoe aka Shaba from the party for his consistent anti-party activities. According to  Enofe, Shaba has consistently fanned the embers of discord within the party by orchestrating factional meetings in an attempt to usurp the leadership of the party at the local government and the state level.

He accused Shaba of inciting party members against the Gubernatorial candidate in the Edo 2020 Governorship polls, Pastor Osagie Ize-Iyamu by spreading false and misleading tales on his personality.

Comrade Enofe referred to Shaba as a blackmailer and peddler of false news in other to satisfy his paymasters who are hell-bent on destabilizing the APC.

“I believe anyone that hears Shaba speaks would know he is acting a script somewhere, his consistent attacks on Pastor Osagie Ize-Iyamu can not be tolerated any further by APC members in Oredo.

Shaba is going on a bizarre and unhinged personal rant against Pastor Osagie Ize-Iyamu because of his loss of political relevance in Oredo LGA.

Shaba is not an executive member of the APC and has not revalidated his membership of the party, his false narratives and insults vented on Pastor Osagie Ize-Iyamu are deliberately orchestrated to dent the good image of our Gubernatorial flag bearer in the last Edo elections. Every member of APC in Oredo has 100 % confidence in Pastor Osagie Ize-Iyamu’s leadership and personally, I have passed a vote of confidence on the APC leader.”

He further warned Shaba to desist forthwith from further slanders against the personage of Pastor Osagie Ize-Iyamu and failure to do so would result in calling a press conference where Oredo leaders would expunge him from the party publicly.

Similarly, another group of APC stakeholders from Ikpoba Okha LGA has called on the suspension of Mr Osarobo Idahosa from the APC for also carrying out anti-party activities.

The call was made by Hon. Osakpanmwan Ekpetin on behalf of Ikpoba Okha stakeholders in APC. Hon Osakpanwan described Osarobo’s activities as capable of causing disunity in the APC.

He accused the self-acclaimed APC leader in Ikpoba Okha of abusing party supremacy by calling clandestine anti-party meetings to incite members of the party against the LG executives of the party.

He urged the APC executives both at the state and national level to immediately expel Osarobo from the party.

In recent weeks the duo of Comrade Adams Ehi, also known as Shaba and Mr Osarobo Idahosa has been going around spreading false narratives about Pastor Osagie Ize-Iyamu and the leadership of the party both at the LGA level and the state.

El-Rufai Responsible For Export Of Banditry To South – Akeredolu