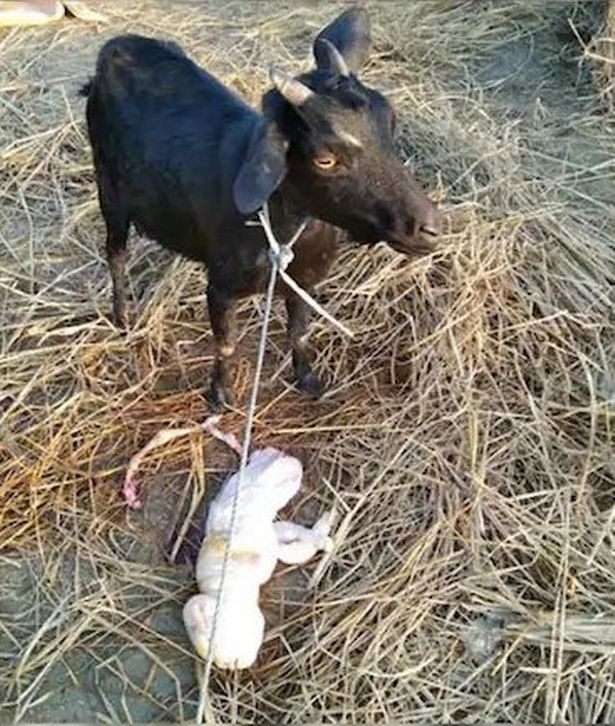 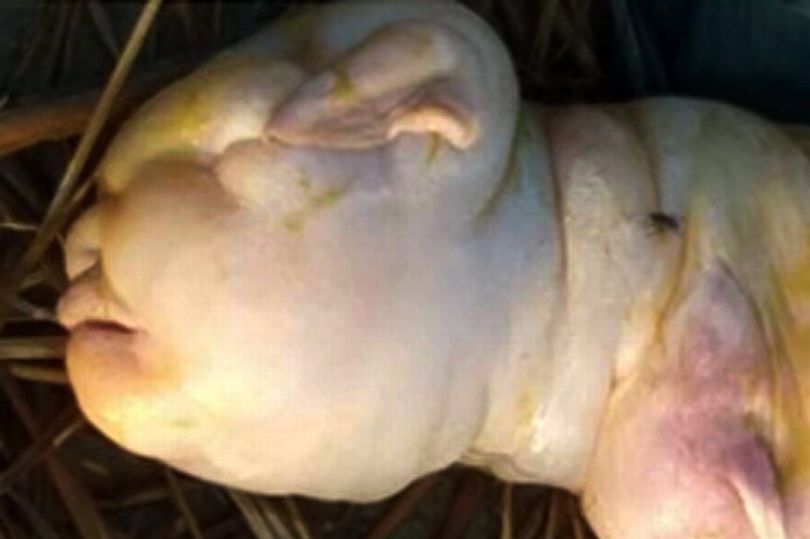 A farmer in India was left stunned after one of his goats gave birth to an unusual offspring that appeared to have the “face of a human”.

The “human baby-like offspring” is said to have surprised locals in Gangapur village in the Dholai Vidhan Sabha constituency of the northeastern Indian state of Assam.

It was discovered after a goat belonging to Shankar Das, 46, gave birth.

Locals were left stunned as they confirmed it appeared to have the face of a human baby.

Shakar said: “The neighbours rushed to our house. Everyone was left shocked by its appearance resembling a human baby.

“The goat had already given birth to a kid. It was her second delivery. It has stunned me and the villagers as well.”

He said the offspring was born alive but sadly later died.

It is believed the baby goat died due to its unusual appearance that showed it was not fully developed.

Although locals were fascinated by the unusual appearance of the baby goat, having an animal that is considered to have a deformity is bad news with some suggesting it is a sign from god.

In India, the birth of a deformed animal is considered a bad omen or bad luck, locals said.

Neighbour Rakesh Kumar added: “In many areas, it’s considered as the warning.

“The people see the mutant births as the sign from God.”

Last year, another goat was discovered with a human-like face in the Rajasthan area of India and was seen alive after its birth.

Owner Mukeshji Prajapap unveiled his goat in pictures and showed the animal with a flat face and eyes that helped make it appear remarkably human.

However, in this case, experts believe the goat suffers from a rare congenital defect known as “cyclopia”, which is the failure of the orbits of the eye to be properly divided into two cavities.

Although some can see them as bad omens, some people in India consider them to be an “avatar of god”.

I Was A Lesbian, Slept With Two Reverend Fathers – Nigerian Preacher Confesses (Video)