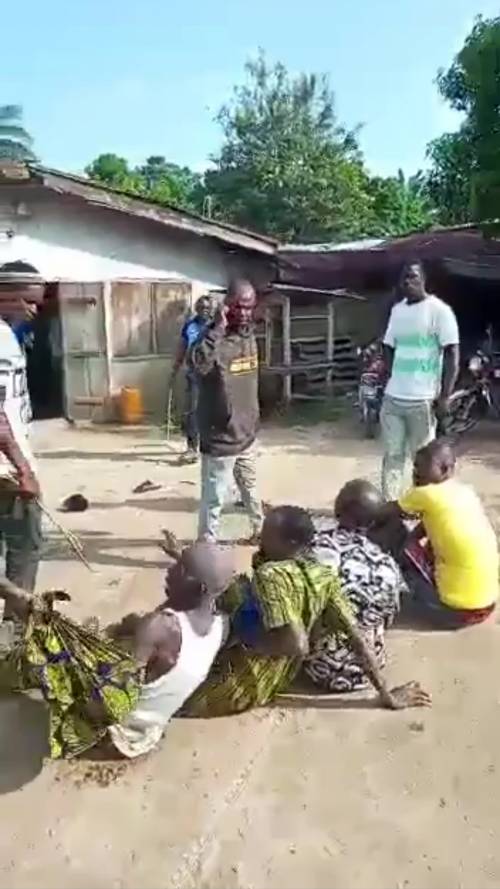 Some youths, who are members of the Peoples Democratic Party (PDP) in Edo State have brutally attacked an 80-year-old man in Atte community under Akoko Edo Local Government Area of the state.

The young men, wielding sticks and machetes, dragged the old man on the ground for several metres before landing several deadly blows on him with the weapons.

The attack, according to a resident of the area, occurred following a political disagreement during a meeting of party members at Ikpeshi community within the same council area.

“Atte people went there to hold a meeting with other PDP members when the incident happened.

“Those boys are in Governor Godwin Obaseki’s faction while the old man is in the camp of National Vice Chairman of the party (South-South), Dan Orbih, that was why they beat him and others because of disagreement in the harmonisation of the party ward executive.

“The 80-year-old man was beaten with a machete and sticks and then dragged on the ground. He is in a very bad state now because of the injuries sustained during that attack. This old man deserves justice for the inhuman treatment meted out to him by the attackers,” Theophilus Ikioya, who lives in the community, told SaharaReporters.

In October, Governor Obaseki was present as members of the PDP ratified the suspension of Orbih.

Despite opposition from the national leadership, the suspension of Orbih and others was ratified by all PDP leaders across the 18 council areas of the state.

Obaseki joined the PDP from the All Progressives Congress (APC) in Edo shortly before the 2020 governorship election.

The governor is allegedly mobilising resources under his control to take over the leadership of the party in the state – a move that has pitched him against other PDP stakeholders in Edo like Orbih, who had been in the party long before 2020.

The situation, according to observers, has led to violent attacks between members of the various factions of the PDP in the state.