Social Media Giant, Facebook has shut down a new facebook page belonging to the Indigenous People of Biafra, IPOB. 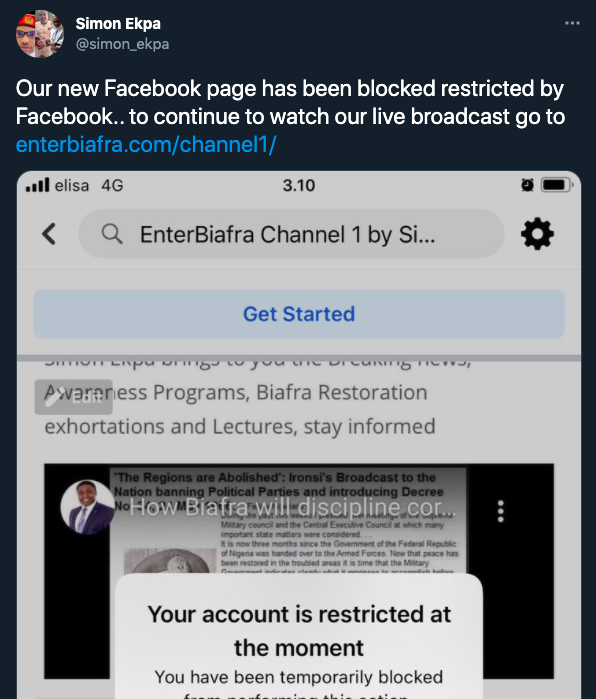 This was announced by the new director of Radio Biafra and ranking member of the group, Simon Ekpa.

He took to Twitter to lament; “Our new Facebook page has been blocked restricted by Facebook”. This development may not be unconnected to the group’s penchant for using ‘Propaganda’ and ‘threats of war’ in its attempt to gain publicity. These are against Facebook’s terms of use.

Ekpa’s announcement is coming a day after the group’s leader, Mazi Nnamdi Kanu failed to appear in court due to ‘logistics reasons’.

It was earlier reported that Kanu was scheduled to appear before Justice Binta Nyako to continue his trial but did not show up. His case was subsequently adjourned to October 21st for hearing.

Kanu was re-arrested in June 2021 after 4 years of being on the run. He is facing several charges ranging from Terrorism, possession of illegal firearms and treasonable felony.