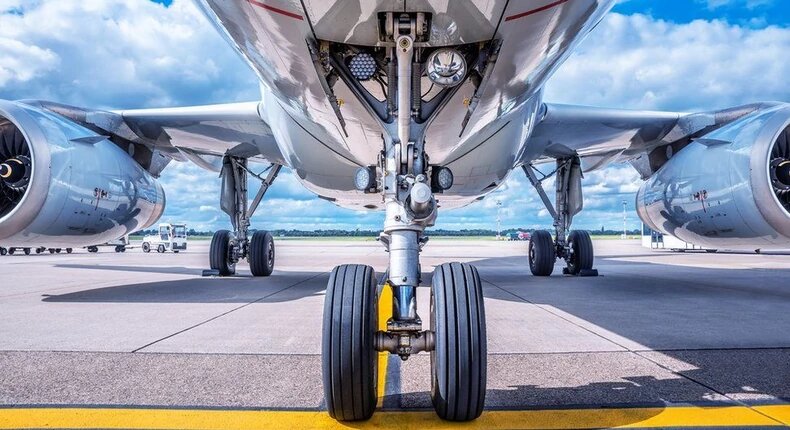 It remains a mystery how a man who hid in the wheels of an aeroplane from South Africa’s Johannesburg to Amsterdam survived the over 11-hour trip.

Reports say Dutch police found the stowaway alive in the wheel section of a plane that landed at Amsterdam’s Schiphol airport from South Africa.

Aside from the fact that flights from Johannesburg to Amsterdam spend about 11 hours, the cargo plane which the fearless man hid under is believed to have made a stop in Nairobi, Kenya.

What makes the man’s case a mystery is the fact that due to the cold and low oxygen at high altitudes, stowaways mostly die during long trips, but he endured the harsh conditions for about half a day.

Read Also Remember The Boy Who Stowed Away In Benin-Lagos Plane? He Is Currently Begging For Help

Dutch broadcaster NOS reported that the man’s body temperature was raised at the scene and by the time an ambulance arrived, he was able to answer basic questions.

While his age and nationality are expected to be determined and announced after he regains good health, there is another question of whether he boarded the plane in South Africa or Kenya where it made a stop.

A spokesperson for freight carrier Cargolux is reported to have told Reuters in an email that the stowaway had been on a flight operated by Cargolux Italia.

Flight data also revealed that the only Cargolux freight flight from Johannesburg to Schiphol on Sunday made a stopover in Nairobi.

She said: “We were surprised upon finding this man but even more surprised at him being alive after the plane flew over 10,000 [kilometres] in very, very cold temperatures.

“The man was found alive in the nose wheel section of the plane and was taken to hospital in a stable condition.

“It is quite remarkable that the man is still alive.”