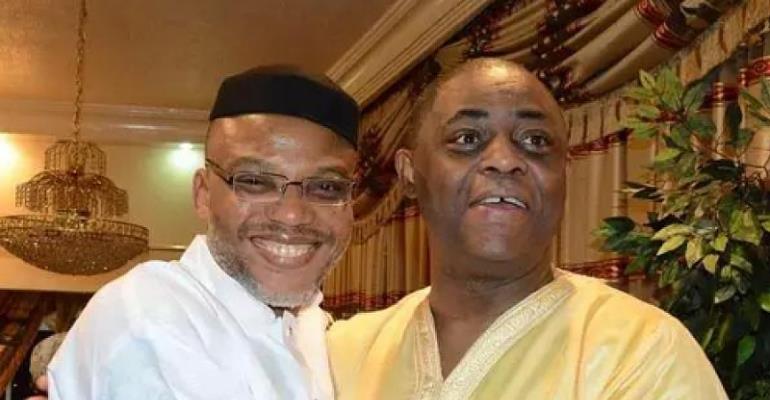 Former Aviation Minister, Femi Fani-Kayode has warned the Federal Government not to allow the leader of the Indigenous People of Biafra (POB), Nnamdi Kanu die in custody.

Kanu was arrested by the Federal Government abroad and flown into the country on Sunday to face treasonable and other charges.

He was arraigned at the Federal High Court, Abuja on Tuesday by the Department of State Services (DSS) before Justice Binta Nyako.

The judge ordered that he be remanded in DSS custody until the adjournment date which is July 24, 2021.

Reacting to Kanu’s arrest on Tuesday, Fani-Kayode advised the Federal Government to ensure he did not die in custody.

He said Kanu should be treated with decency, decorum and respect.

In his words: “It is no longer news that Mazi Nnamdi Kanu has been arrested and detained.

“I advise the Federal Government to ensure that he does not die in custody and that he is treated with decency, decorum and respect.”

Usifo Ataga Murder: I Have Not Seen Chidinma In 10 Years — Mother