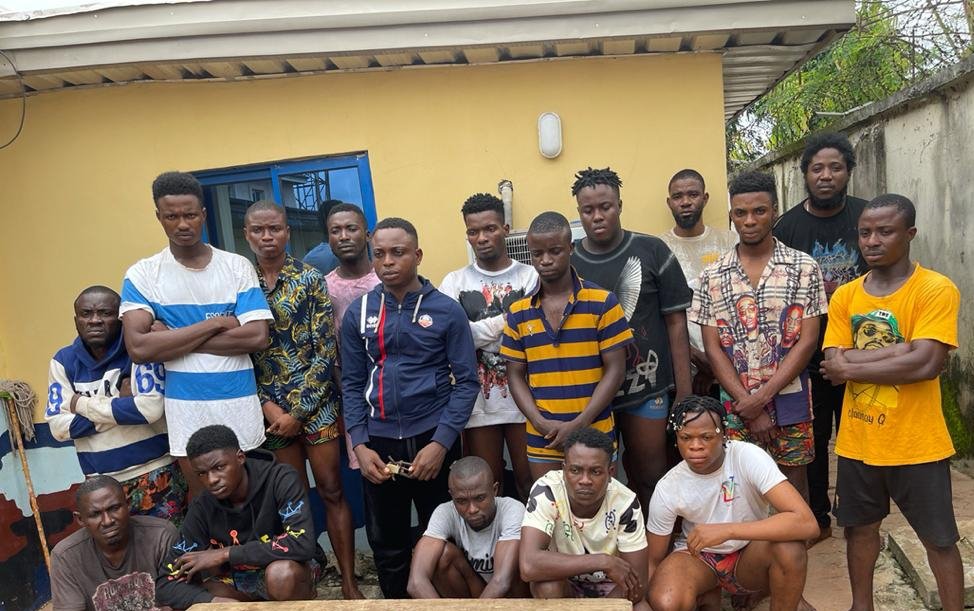 The Police also arrested 10 suspected cultists in the bush during the initiation.

One locally-made revolver pistol, four live and one expended 9mm ammunition and two expended cartridges were recovered from two of the suspects.

The police image maker added that “Some weeds suspected to be Indian hemp, one Honda accord car with Reg no. Lagos KSF 586 DU, five motorcycles and a bag containing clothes were recovered from the scene.”

DSP Edafe said the suspects will be charged to court as soon as the investigation is concluded.

In another raid, operatives of the Delta State Crack Squad arrested a 37-year-old man, Akpofure Lucky, with a locally-made pistol and three live cartridges in Eri Community near Oleh in Isoko South Local Government Area of the state.

The suspect, who was said to have confessed to being a member of the Vikings confraternity, was arrested during a raid of criminal hideouts by the police.

Oh No!! Woman In Labour Falls Off Delivery Bed And Dies While Nurses Slept