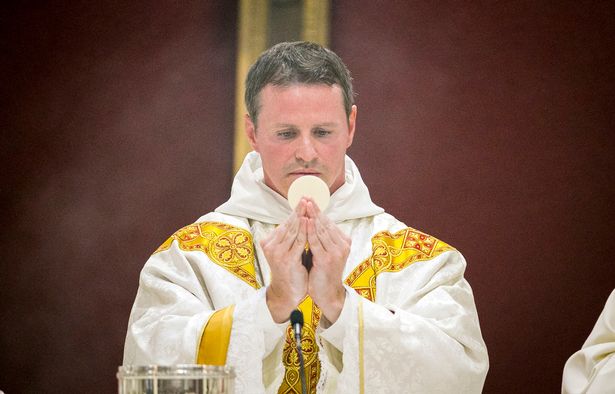 From the Theatre of Dreams to the House of God, it’s been quite the pilgrimage for former Manchester United star Philip Mulryne.

While most ex-professional footballers move into management or progress into punditry after hanging up their boots, that lifestyle isn’t for everyone.

Sometimes it’s better to follow your heart and have a little faith. And that’s exactly what former Northern Ireland international Mulryne did.

Having been handed a United debut by none other than Sir Alex Ferguson, and carved out a credible career in the beautiful game, the midfielder grew disillusioned before answering the calls of Christ.

After swapping Premier League stadia for the seminary, the former United man trained as a Roman Catholic priest following retirement, and although he’s now relishing an altogether different career, Mulryne credits his former sport as a “wonderful vehicle for teaching great virtues”.

Speaking on St Patrick’s Podcast, Fr Mulryne also revealed that football and religion possess more parallels than you would think, especially when it comes to worship.

“Even the word religion comes from the latin religare – to bind, to rebind yourself,” the ex-Red Devil declared. “That’s what we are doing when we practice our religion towards God. We bind ourselves to God and Him to us.

“In a sense people bind themselves together into a particular club and so it is a form of worship in some way.”

Born in Belfast, the midfielder was snapped up by United at the age 14 and was a member of club’s FA Youth Cup winning side of 1995 alongside a certain Phil Neville.

A Northern Ireland senior call-up arrived before Mulryne had even made his first team debut, but after showing early promise with United, the versatile midfielder found himself behind the likes ofDavid Beckham, Nicky Butt, Paul Scholes, Andy Cole and Ole Gunnar Solskjaer in the club’s pecking order.

A move to Norwich City transpired and Mulryne went on to make more than 150 appearances for the Canaries in a career that also saw him feature for Cardiff City, Leyton Orient and King’s Lynn.

Mulryne made over 150 appearances for Norwich City (Image: Birmingham Post and Mail)

However, after falling out of love with the game, the ex-United ace swapped the Premier League for priesthood, becoming a Dominican friar in the Roman Catholic Church.

“It’s hard to pin down a particular moment,” Mulryne told the Norwich City club website. “I would say it started in my last year at Norwich, not explicitly and I wasn’t thinking about it at that time but I started to get dissatisfied with the whole lifestyle.

“We have a wonderful life as a footballer and I was very privileged, but I found with all the surrounding stuff that eventually there was a kind of emptiness with it. I was quite shocked – why am I not happy when I have everything that young men want?

“It started me on a journey towards exploring my faith again, the faith that I had as a young man.

“Football was huge highs and lows and here was something that was giving me a steady sense of contentment.”