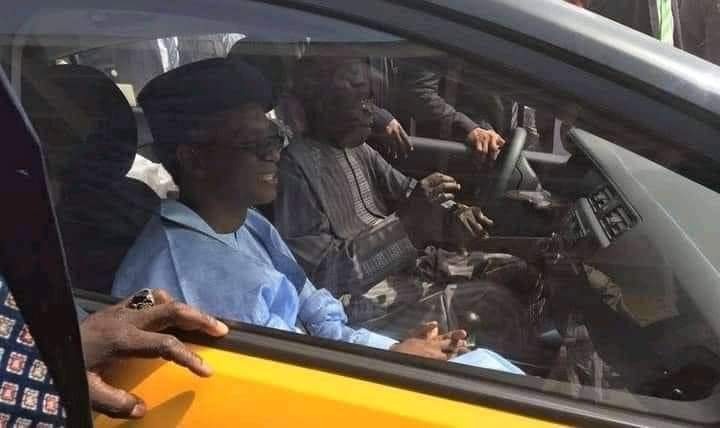 Tinubu, who was unanimously adopted as the Kaduna State delegates’ preferred candidate, was observed exuding confidence.

Governor Nasir El-Rufai of Kaduna State not only openly declared his support for the presidential aspiration of the national leader of the All Progressives Congress (APC), Bola Tinubu he also made sure the state delegates pledge their allegiance to Tinubu.

El-Rufai na bad guy sha, see how he asked the delegate’s if they were in support of Asiwaju.

“Before we confirm what Kashim Shetima said here, I want to confirm from our statutory delegates are you with Asiwaju?” El-Rufai asked, and the delegates all got up and shouted Yeah.

Here are some reactions to Tinubu’s driving El-Rufai behind the wheel.

“Not Too Old To Drive Nigeria’s Economy To Greatness #Tinubu2023.”

Amaka had this to say about it:

“Who wouldn’t want to ride in Tinubu’s car? This is a man who understands the route and is qualified to lead the nation’s affairs.”

Jim Nwokolo was not left out in his eulogies of the Jagaban.

” After you na you, Asiwaju Bola Tinubu the chief driver and master strategist, as you pilot us into a great a NATION the Good Lord would guide and direct you”

See the trending pictures for yourself and tell us what you think. 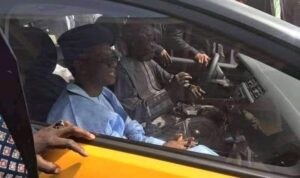 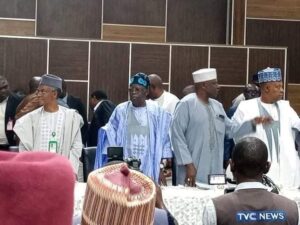