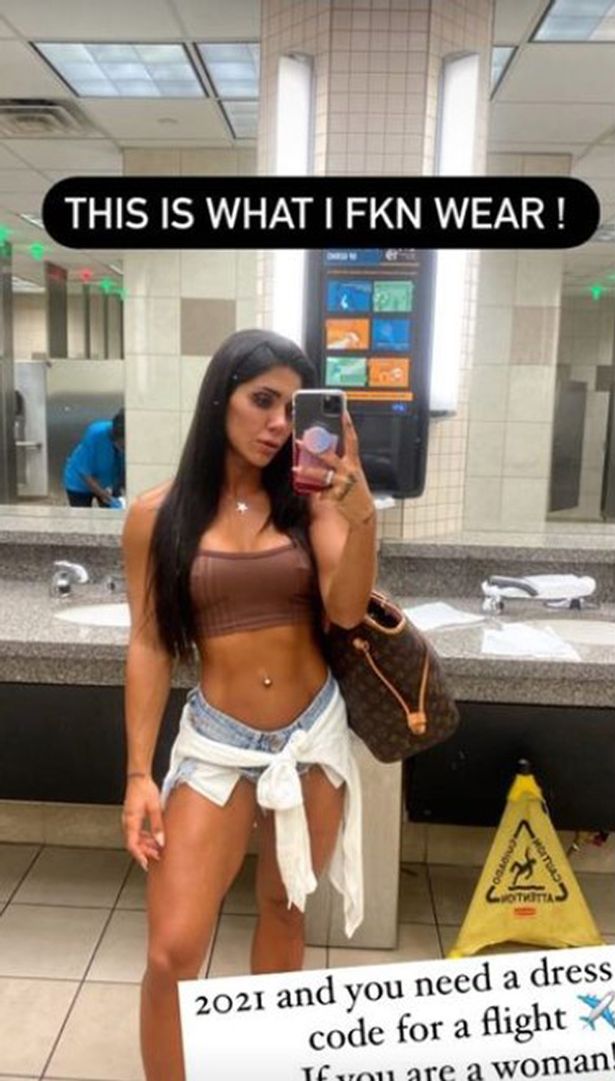 Deniz Saypinar, who moved to the US from Turkey, was about to fly out from Texas to Miami when she was stopped by American Airlines flight attendants.

Deniz took to Instagram to share her experience on Thursday (July to her 1 million followers, saying: “You will never believe what happened to me at Texas Airport.

“They literally didn’t take me to the plane because they say ‘you’re naked and you offend other families’.”

She explained that she moved to the US to “be free as a woman” and found it “ridiculous” to get stopped from boarding a plane for what she was wearing.

Deniz sobbed and showed the viewers the outfit that apparently got her in trouble – a nude-coloured tube top, denim hot pants and a white blouse wrapped around her waist.

“I am not naked!” the bodybuilder added.

“I like to wear feminine clothes that reveal my femininity, but I never dress in a way that will offend anyone. I’m mature and civilised enough to know what I can and cannot wear.”

Her fans showed support to her and said: “It is 2021, and there is still a dress code you have to follow to board a plane, of course, only if you are a woman. This is ridiculous.”

Another viewer added: “Teach society to respect women, rather than telling women what to wear or what to do.”

“As stated in the conditions of carriage, all customers must dress appropriately and offensive clothing isn’t permitted onboard our flights. The customer was advised of our policy and was rebooked on a subsequent flight. The customer has since arrived in Miami.”

Deniz was the first woman in Turkey to ever receive an International Federation of BodyBuilders (IFBB) status and has since gained fame on social media.