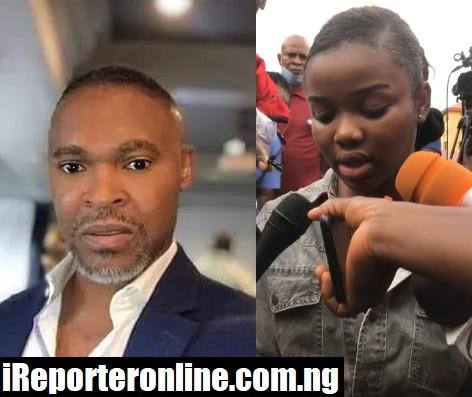 A magistrate court in Yaba, Lagos State, has remanded Chidinma Ojukwu, the suspected murderer of Usifo Ataga, the late CEO of Super TV, in prison for 30 days.

Lagos State Police Command had brought the mass communication student of the University of Lagos (UNILAG) before the court on Monday.

Chidinma was arraigned alongside two other suspects.

Adeola Adedayo, the magistrate, however, ruled that she be remanded in prison for the stipulated days pending legal advice from the director of public prosecution (DPP).

Ataga was stabbed to death and left in the pool of his own blood inside a Lagos hotel on June 15.

Chidinma was thereafter arrested in connection with the murder.

The 21-year-old student had earlier confessed to stabbing Ataga “twice on the neck side,” alleging that the businessman forcefully had sex with her.

“I threw the knife to the bed and he was going for it but I also went for it. He dragged the knife with me and it broke and he fell on the floor,” she had said.

But Chidinma recanted her previous confession that she killed the Super TV CEO.

“I don’t know what happened when I left the room to buy food. Because of what I did after by not alerting the police and also withdrawing money from his account, I feel guilty for what happened but I did not kill him,” Chidinma said.

Hakeem Odumosu, Lagos commissioner of police, later announced that more suspects have been arrested in the case.

JUST IN: Okorocha Reacts As Court Orders Final Forfeiture Of His Properties