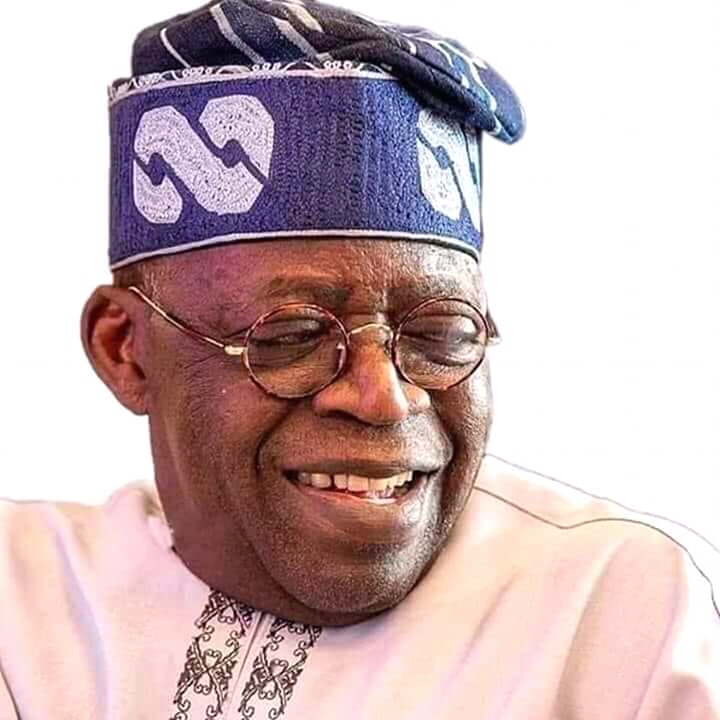 The countdown which has since begun is really thrilling and captivating, as we speak there is no single national issue that is not directly linked to the 2023 Presidential elections, be it the Federal Government projects in remote villages or the hunter who went to the farm and mistakenly killed an encroacher who happens to be from another region or the return of looted funds by some former leaders.

2023 must be involved, the matter is really trending and has taken virtually all headlines, is the battle for the swift? Or the smart? The world is watching and eagerly awaits as events unfold.

Asiwaju Bola Ahmed Tinubu is the only big name we hear as the election fast approaches, every single headline notification from the news apps remains Tinubu and Tinubu.

I won’t be surprised if Tinubu soon pops up as the most searched word on google and other search engines, with so many stories to tell about the former Lagos State Governor, Tinubu no doubt as at today has emerged as the Online President Of Nigeria, lol I can hear someone say this one don come again, would you blame me? they say Asari Dokubo is presently the online president of Biafra, they alleged he took over after a bloodless coup dethroning Nnamdi Kanu. So if there is anything like Online President then na who popular pass go win am na.

On one of the platforms, we stumbled upon an interesting thread where internet users were referring to Asiwaju Bola Ahmed Tinubu as Spartacus.

His resilience, commitment, teamwork, courage, humility and so many similar virtues in Spatarcus were ascribed to the Jagaban, the thread was so exhilarating that I thought of sharing in today’s article, “Why We Refer To Tinubu As Spartacus”

“The poster made my day when he referred to Tinubu as Spartacus, what more can I add, Tinubu has shown what it is to be a team builder this is a character we need today in Nigeria, you need loyal men to the constitution of the Federal Republic of Nigeria who would make sure that objectives are executed. Tinubu has built a formidable team over the years and their core mandate should be how to address the myriads of problems facing us as a Nation.”-Ahmed Yusuf

‘Talk about tenacity as manifested by Spartacus then you will see the same burning fire in Asiwaju Bola Ahmed Tinubu, Tinubu’s persistence in the face of adversity is immeasurable, he has shown what it is to stand up for what he believes in, Tinubu’s desire to see Nigeria as a perfect working Nation is not in doubt, he built Lagos against all odds and today Lagos State is doing well in keeping to the master plan.”- Akin Oladele

“One unique quality I admire in Spartacus is his ability to always improve on himself, he retained keeping himself fit and making sure he acquires new skills to be ahead of the game from competitors. Tinubu has built bridges across the Nation, he was once referred to as a regional leader but today Tinubu has shown what it is to be a great National leader, his network in the six geopolitical zones is unassailable no wonder you hardly see any leader in any of the 36 states of the federation casting aspersions on TInubu, Nigeria at this time needs a leader that can be able to carry all the geo-political zones along.”- Uche Nsiofor.

“As a leader, it is necessary you plan, prepare and execute with precision, that was one of the awesome leadership qualities of Spartacus, Tinubu has shown times without number this very important virtue inherent in leaders. Tinubu does not get distracted by the antics of his naysayers instead he keeps his eyes glued to the setdown goals and objectives of the mission “Kadiri Musa

“His ability to identify core people who see things from the same perspective as him is legendary, Tinubu remains the Spartacus of our time set to liberate us from the shackles and chains of deprivation and economical stagnation, I duff my hat for the poster he has expressed himself in clear terms, Tinubu remains the political solution to the puzzle called Nigeria.”- Osas Ighalo

What are the virtues you admire in Spartacus?

Read Also “I don’t need your money again, stop following me” – Man jumps out of his Benz runs mad (video)