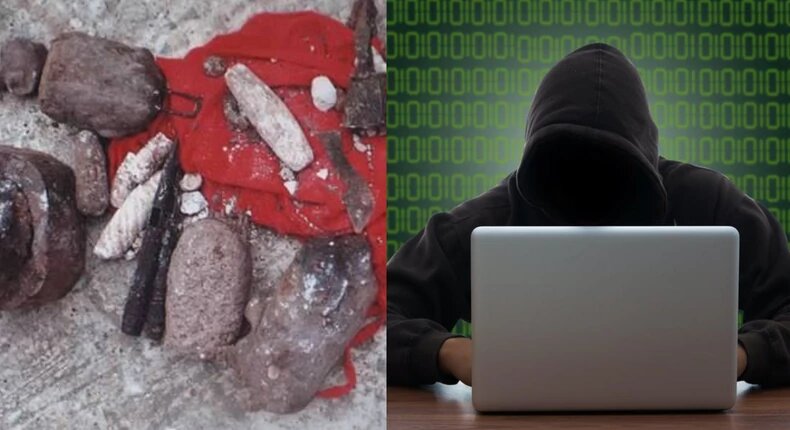 A Ghanaian internet fraudster, popularly known as ‘game boy’ or ‘sakawa’ has made a lot of revelations including how a friend of his who was into the same activity died after his ignorant mother killed a snake he turned into.

The man identified as Samson (pseudonym) made the revelations during an interview with SVTV Africa’s ‘Naked Truth’.

he fraudster disclosed how some of his friends who were doing the same criminal business have died because they disobeyed their spiritual (juju) consultants.

“Every game boy at Taifa, Mile 7 knows Makaveli. Dog sperm turned into a snake and his mother killed him but she didn’t know. Taifa boys know this,” Sampson recounted.

He explained that although their fraudulent activities are cyber-based which involves scamming whites, they always seek spiritual backing that facilitates fast transactions between them and the victims of their fraud.

“You must not continue taking from one client for too long. After you get the money, move on to another person. The mallam will give you two or three months to make money from a client. So, you need to set a target and make that money before the time is up. If you continue with the client, trouble,” he revealed.

“I can mention some popular musicians who are in this game. Our clients send the money through their accounts and they take 20 percent. That is what they spend on flashy cars.

“We use NGO accounts and churches are under NGO and they are in this game with us. I don’t want to mention names but they are well-known pastors. Calculate 20 percent of 4 million dollars.”

He recounted how it took him in the beginning over one year to make just 200 dollars which he also lost to a con man who offered to help him withdraw the cash sent to him by the white man he scammed.

He said it took him a long time to realise that there is more to the game than just browsing. He disclosed that some of the fraud boys travel all the way to India, Niger, Mali and so on just to seek spiritual backing for their activities.