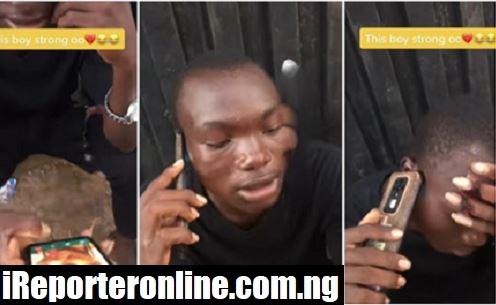 A video has surfaced online showing the moment a young man suspected to be an internet fraudster tried to scam an American woman.

The unidentified man during a phone conversation with the American changed his voice and accent in order to hide his identity.

Then he went further to inform the woman that his name is Brian Johnson and that he lives in Austin Texas, US.

As the conversation progressed, he told the woman that he got her number through a friend of hers.

However, the answer wasn’t satisfactory to the American woman who had detected that he must be trying to scam her.

She then cut the call.

Lady Promised To Give Popular Footballer ’16-hour $ex Session’ If He Scored Five Goals, See What Happened Next (Photos)