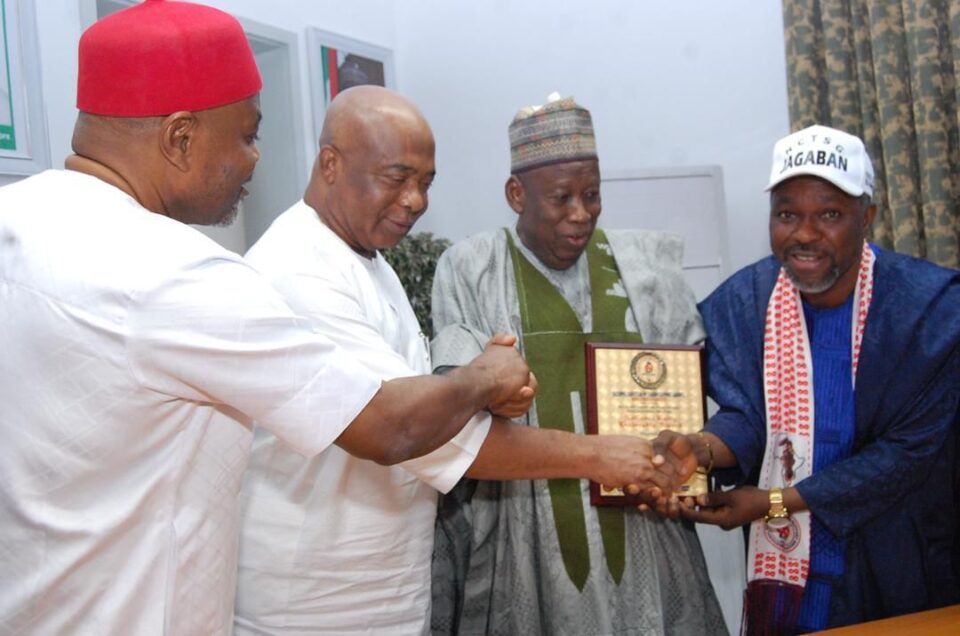 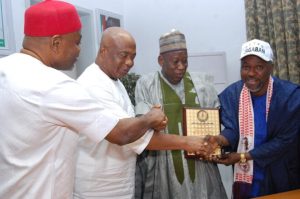 Kano state Governor, Dr. Abdullahi Umar Ganduje on Saturday declared that the 0residential candidate of the All Progressive Congress (APC), Asiwaju Ahmed Bola Tinubu, has garnered the required experience and political dexterity to lead Nigeria as the number one citizen in 2023.

Ganduje insisted that Tinubu, “is not an experimental president, given his dexterity and strong rooting in politics and administration in the Nigeria project.”

He spoke at the Governor’s Lodge, Aminu Kano House, Abuja, when he received an award presented to him by the National Coalition of Tinubu Support Groups Worldwide, the national directorate, comprising of Nigeria, USA, UK, Canada, Ireland, Germany, South Africa, Saudi Arabia, Brazil, Oman, UAE chapters, for his leading role in Tinubu’s victory at the party’s primary election.

According to Ganduje, “given his outstanding performance as Lagos state governor where he formed a formidable team made up of people from different parts of the country that transformed the state to the strongest economy in the sub-region, Asiwaju’s presidency can best manage our diversity.”

Ganduje pointed out that Asiwaju’s emergence at the primary election gives hope and encouragement that the party is set to win the 2023 election.

Read Also Why I And Other Yoruba Actors Are Supporting Tinubu &#8211; Jide Kosoko

The Governor also thanked President Muhammadu Buhari for creating the ennabling environment for the conduct of the primary, the APC and its governors as well as other aspirants who have expressed readiness to work with Asiwaju for the victory of the party.

He expressed appreciation for the recognition by the coalition and promised to work harder for the success of the Asiwaju’s presidential candidature.

Earlier, the Convener and Global Director-General of the coalition, Dr. Doyin Johnson, said that the award was presented to Governor Ganduje as way of saying thank you for the strategic role he played in the actualization of Asiwaju presidency.

He charged the governor to continue to use his intellectual capacity and strong mobilization prowess to ensure the success of the APC presidential candidate at the polls.

Also speaking, Imo state governor, who was part of the delegation, tasked the governor whom he described as a man of honour, to further mapped out strategies for winning the secondary election come 2023.