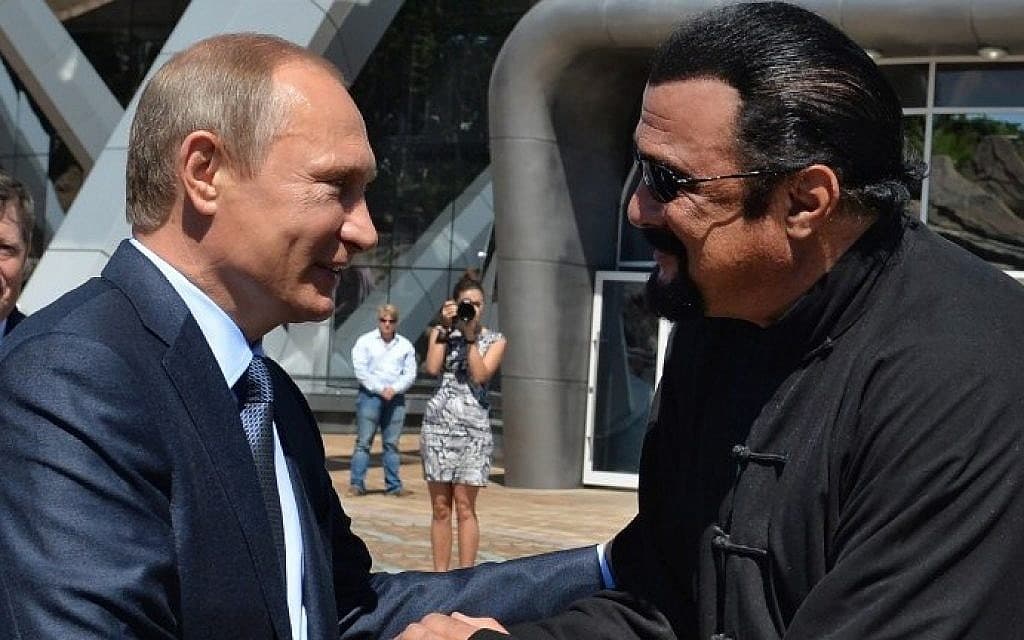 American actor, Steven Seagal, has promised to stand by Russia “through thick and through thin”.

The movie star was filmed in a video expressing support for close allies of Russian President Vladimir Putin during a lavish dinner to celebrate his 70th birthday in Moscow.

According to the Financial Times, Seagal delivered a speech at the function on April 10. He was surrounded by several Russian elites targeted by Western sanctions amid Russia’s war in Ukraine.

One of Russia’s leading pro-Kremlin media moguls and editor-in-chief of RT, Margarita Simonyan, was in attendance.

Russian state television presenter Vladimir Soloviev, who had openly backed Putin’s invasion and accused Britain of orchestrating the horrific scenes of civilian massacres in Bucha, was also seen standing next to Seagal.

Both have been placed on the EU’s sanctions list amid Russia’s invasion of its neighbour.

Addressing the audience, Seagal said, “Each and every one of you, you are my family and my friends. And I love all of you and we stand together, through thick and through thin.”

Seagal, who is a close friend to President Putin could get himself in trouble, despite the West’s united condemnation of the invasion of Ukraine.

The American actor was granted a Russian passport in 2016 and was made Russia’s special envoy to the US in 2018.

The pair have been pictured together on a number of occasions, and are thought to have bonded over their mutual love of martial arts.

Popular US Rapper Dies At 37 (Photo)