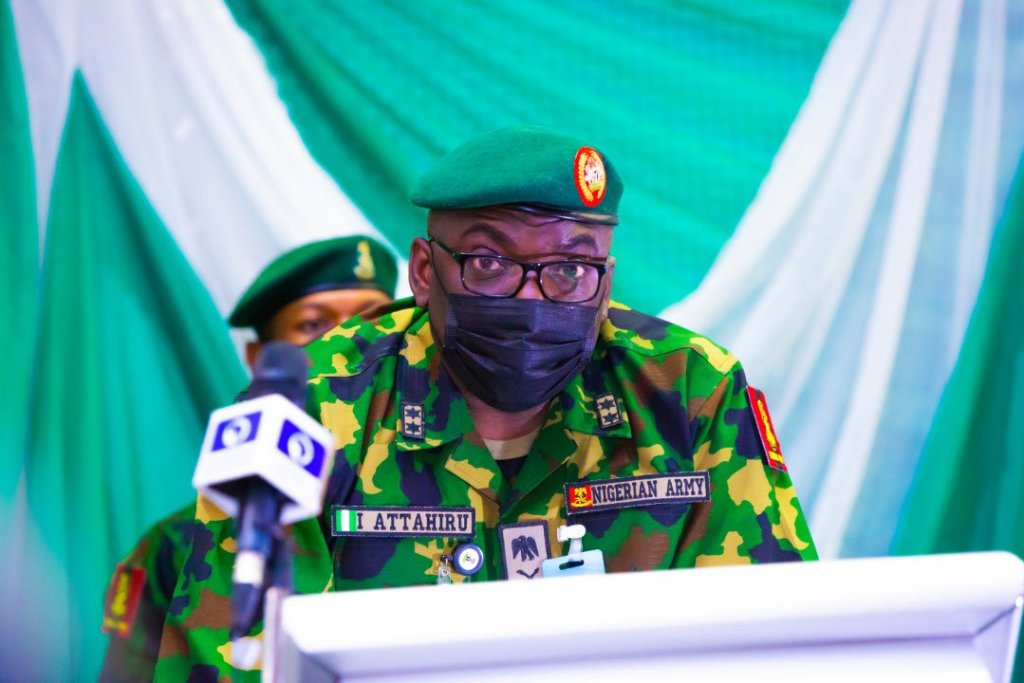 Eyewitnesses have alleged that two men jumped off the plane carrying the late Chief of Army Staff, Lt. Gen. Ibrahim Attahiru, before it crashed on Friday evening.

Eyewitness account of those living close to the airport said that the two men jumped off the plane with parachutes and disappeared.

DAILY POST reported on Friday that Lt General Ibrahim Attahiru died in an air crash at about 6:00p.m. A military Beechcraft 350 carrying him went down at the Kaduna International Airport, claiming all passengers.

The top military officer was in Kaduna on an official trip.

But the eyewitnesses, who gave the account of the incident in a viral video, said two men escaped from the crash with the help of parachutes.

One of the eyewitnesses spoke in pidgin English.

Source: DAILY POST
Kindly Share This
Dear Reader, Fetching good and credible news information is tedious and requires huge finance. We are soliciting support from our readers and fans. For as low as N1,000  you can be a part of our golden membership. Your support would go a long way in assisting us to continue guaranteeing quality news to our readers across the globe. Bank transfers can be made to: Zenith Bank 1014932118 Ireporteronline communications Inquiries: Email: [email protected] Whatsapp: +234 7032341798 FOR BUSSINESS ADVERT CLICK THE WHATSAPP IMAGE BELOW

Police React To Removal Of Flags, Repainting Of PDP Secretariat In Calabar