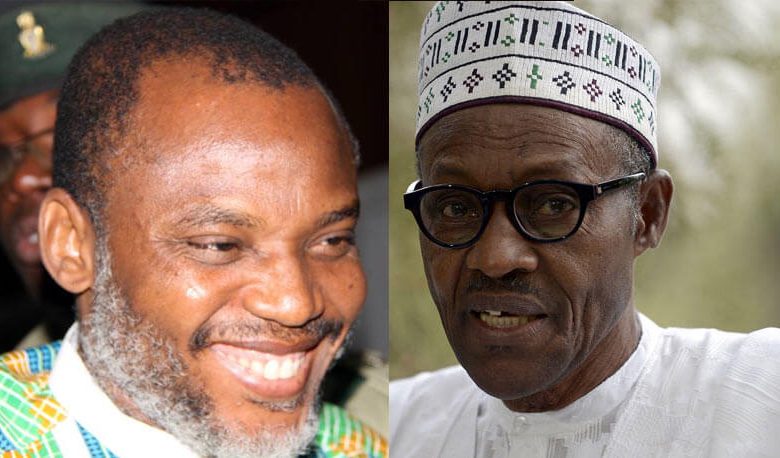 Justice Binta Nyako of the Federal High Court, Abuja, on Wednesday struck out a six-count amended charge brought against the leader of the Indigenous People of Biafra, IPOB, Nnamdi Kanu.

The judge threw away the fresh charges following its withdrawal by counsel to the Federal Government, Adamu Kaatu.

Citing the need for the government to open the trial of Kanu after years of delay, Kaatu opted to withdraw the new charges when it was discovered the trial cannot be opened when an amended charge is pending.

Apparently desperate that witnesses be called to give evidence against Kanu, the government lawyer hurriedly applied for the withdrawal which was not opposed by Mike Ozekhome (SAN) standing for the defendant.

Justice Nyako, in a brief ruling, struck out the amended charge to pave way for the Federal Government to open its case against Kanu.

Recall that the Federal Government had amended charges against Kanu six times since the arraignment in 2015.