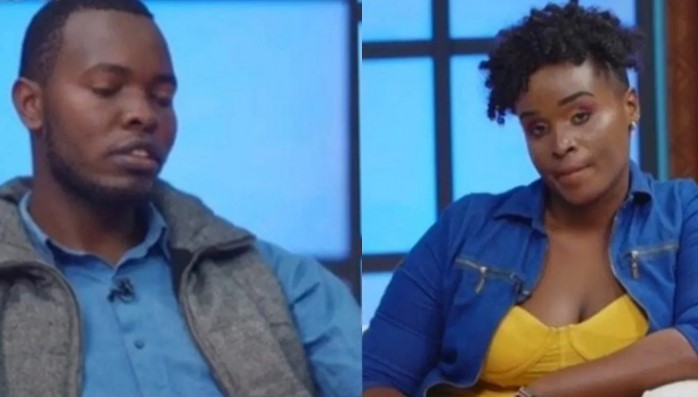 A Kenyan man has confessed on Live Television that he engaged in an extramarital affair with his house help.

He claimed that his infidelity was as a result of his wife changing for the worse after marriage.

According to the man identified as Victor, after getting married and having their first child, his wife’s behaviour changed as she became sluggish and lazy.

While narrating the story in a Live interview, the man claimed that everything changed immediately after his wife gave birth and that he would sometimes return from work to find his wife sleeping on the sofa, despite the fact that she had not cooked any meals for the family.

He went on to state that he’s always the one cooking in the kitchen while his wife would be sleeping.

According to him, he never liked the idea to hire a housekeeper, but the wife did. After some time, Victor started meeting their cleaner in secret.

He further said that a faithful day they had both left their home for work, but Victor pretended to have forgotten his keys at home and returned to the house.

Olivia, his wife, became worried and decided to return to check on her husband, but to her surprised, when she returned to the house she caught her husband and the housekeeper in their matrimonial bed.

She immediately packed her belongings and left the house.

Despite Victor’s plea, the wife refused to forgive him because the experience is still fresh in her mind and she thinks it’s better for her to be alone than stay with Victor anymore.