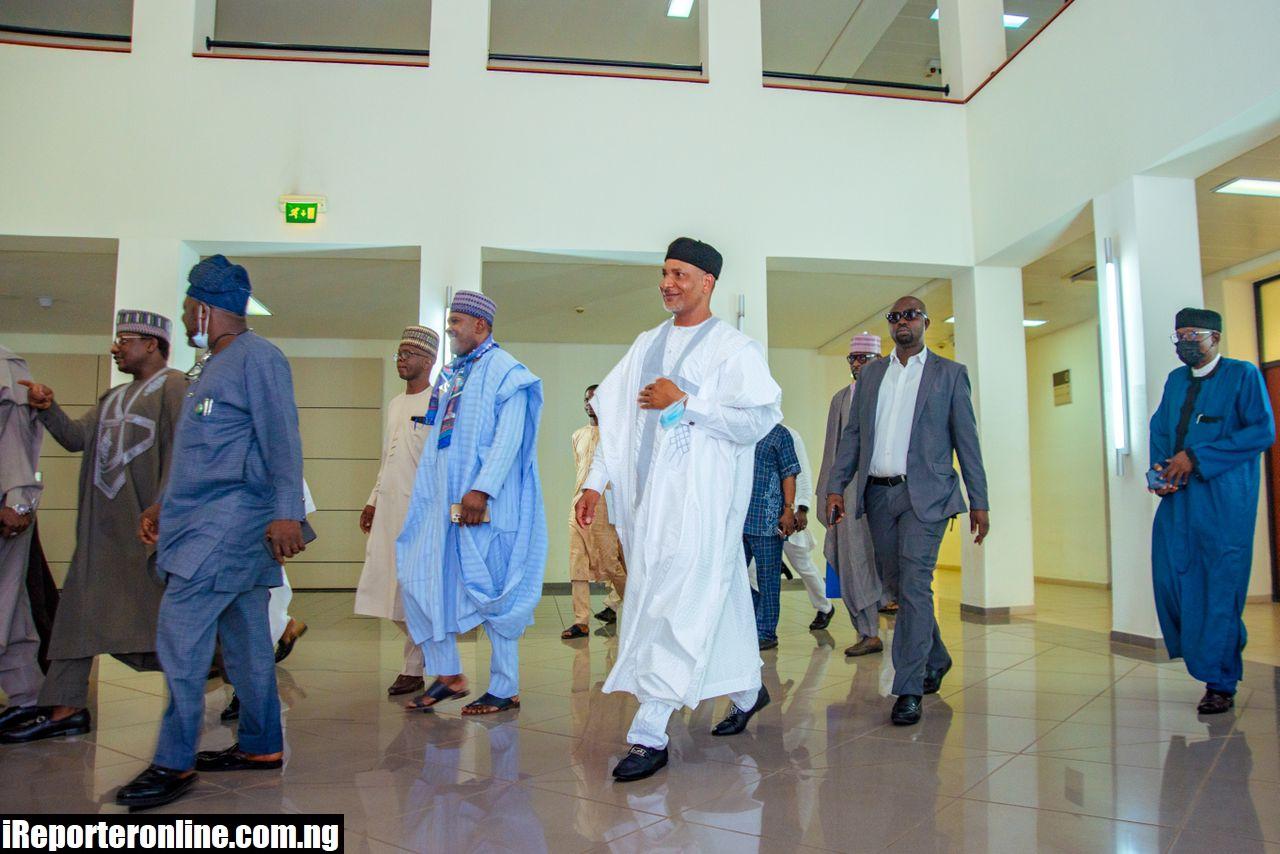 Convention: Watch That Awesome Moment Saliu Mustapha Stepped Into The NASS To Confer With APC Caucus(Video)

The APC is just two days away from its national convention which promises to be thrilling and exciting.

All major players are having sleepless nights trying to convince stakeholders on the need why they should throw their support behind their candidacy.

Check out that awesome moment frontline aspirant, Mallam Saliu Mustapha arrived at the National Assembly to confer with the APC House of Reps caucus on his chairmanship bid.