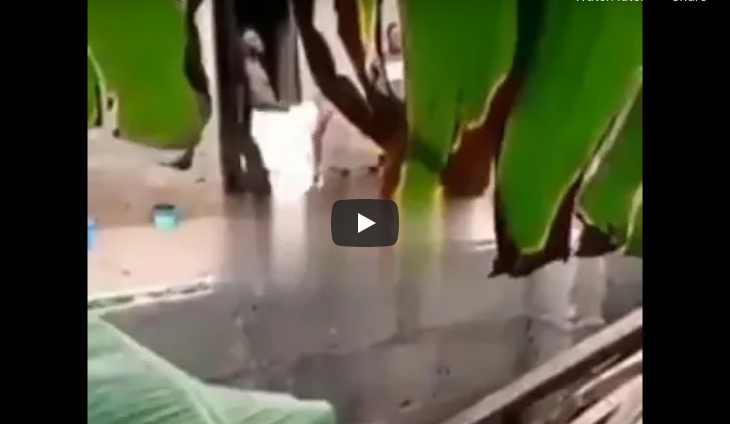 Recently on social media, two lovers have been captured as they are accidentally glued together while having s3x.

The incident was reported to have happened in Ogun State, Southwest, Nigeria.

According to an eyewitness, Who spoke with thedailynewsngr.com, these must have been “magun”, he said.

But in the video which went viral on social media, the lover man said to eyewitnesses present at the scene, who tried to separate lovers, that they should cover up his secret and embarrassment. His requests were immediately rebuffed by several spanks to his face while still glued to his lover.

Relatively, the lover woman was seen panicking, pleading for help.

Meanwhile, a secret video was being shot while the incident lasted with the culprit completely oblivious of the ongoing camera roll.

According to sources who pleaded anonymity, “both lovers are not a couple but married individually.”

Shocking: HND holder reveals why he resigned from his banking work to hawking bread

Ghana: Trouble As Teacher Impregnates 3 Students In The Same Class