The Edo State Governor, Godwin Obaseki has described as laughable, rumours that he is set to defect to the All Progressives Congress (APC). 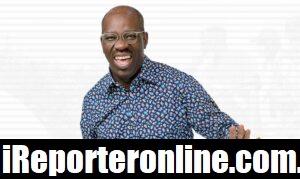 This is as the Governor on Monday revealed that there is no truth in rumours that he is planning to dump the Peoples Democratic Party (PDP) and return to the APC which he dumped in 2020 in the build-up to the Edo State governorship election.

Obaseki joined the PDP and got re-elected after he was denied the opportunity to contest the APC governorship ticket.

Amidst rumours that he is set to join PDP Governors, including Dave Umahi (Ebonyi); Ben Ayade (Cross River), and Bello Matawalle (Zamfara) who recently joined the APC, Obaseki said he remains fully committed to the PDP.

According to a statement by the PDP national publicity secretary, Kola Ologbondiyan, Obaseki declared he is committed to serving Edo under the “stable, people-oriented and democratic structure” of the PDP.

The Governor was quoted to have urged Nigerians to remain steadfast in their determination of supporting the PDP to “rescue the nation from the misrule of the APC”.

He was further quoted to have urged Nigerians to turn out en masse and register with the PDP as the party’s nationwide online electronic registration of members takes off in two weeks’ time.

Obaseki, who is the chairman of PDP’s e-registration exercise was said to have addressed members of the PDP e-registration committee in Abuja and explained that the pilot scheme of the exercise will begin in Edo and Anambra States.

“Nigerians must key into the e-registration exercise of the PDP as the party remains the solution to the myriads of problems confronting our nation today under the APC.

“From all indications, it is clear that the PDP remains the party that provides the appropriate platform, outlook and sense of direction to return our nation to her of pride of place in the comity of nations,” he was quoted to have said.