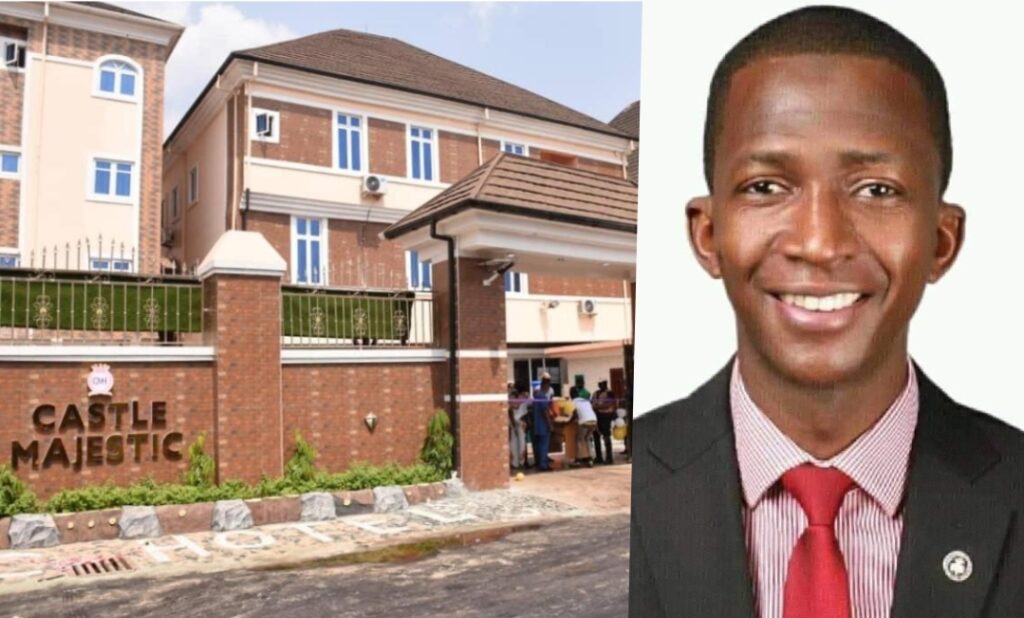 Armed EFCC operatives left several people injured after opening fire to disperse a youth conference and arrests guests during an overnight raid of a hotel in Enugu, witnesses said.

Agents believed to be from the anti-graft department’s field office in Enugu arrived at Castle Majestic in Ogui, about 10 kilometres southwest of the city centre, just before midnight, causing serious disruption and commotion, a witness said. The operation appeared to have first been posted on Twitter between 2:00 a.m. and 3:00 a.m. Friday by a user with the name Ike Oraifite.

The handle said operatives broke into rooms without apparent warrants and arrested several guests before disrupting a youth gathering that was underway at the hotel’s conference room. At least 40 guests were feared driven away by operatives, who reportedly arrived in five unregistered vehicles, including two Toyota Hilux buses.
It was not immediately clear whether or not the agency had prepared cases against the over 40 suspects arrested prior to the raid.

Read Also Revealed: Governors That Could Be On Their Way To APC

The hotel proprietor was reportedly beaten by the agents who went on to forcibly collect master access to all rooms in the hotel, subsequently breaking in on sleeping guests with little regard for their privacy.
Some people were injured as they scampered for safety after officers fired into the air and used teargas upon arrival. None of the injuries came from gunshots, witnesses said.

A front desk officer at the hotel confirmed the presence of anti-graft operatives overnight but said he could not immediately comment as the management was holding a meeting to discuss the incident. Those who were at the hotel have reportedly called for a march to the agency’s office in Enugu, although The Gazette could not immediately identity organisers or whether or not it would hold.

An EFCC spokesman in Abuja did not immediately answer calls from The source seeking comments about the operation.

But a video shared by Ike Oraifite showed a man said to be an EFCC officer discussing the purpose of the operation to a bewildered group of persons inside the hotel’s conference room that was broken into.

The official, whose identity The source could not immediately obtain, said agents were there to conduct a diligent operation and not to harass guests. Ike Oraifite described the official’s action as “damage control,” apparently after noticing that some people had captured the raid and its aftermath on video.

The raid came as EFCC was coming under fire from Nigerians who feared its tactics was growing abusive and violent. Over the past two months, agents have stormed hotels in Lagos, breaking into rooms to arrest guests without presenting warrants of showing respect for people’s fundamental rights to privacy and dignity.

On Monday, EFCC agents from Ibadan entered Abeokuta, raiding at least three hotels and two nightclubs. At least one hotel guest was shot and a woman narrated how she was violated by an officer who inserted his finger into her vagina.

The agency justified its disregard for women’s privacy in a response to the outrage that greeted the raid of Parktonian Hotel, Lagos. It also explained its ongoing crackdown on Internet fraudsters and other white-collar crime syndicates across the country, saying their criminal exploits have been costing the country immense international goodwill.