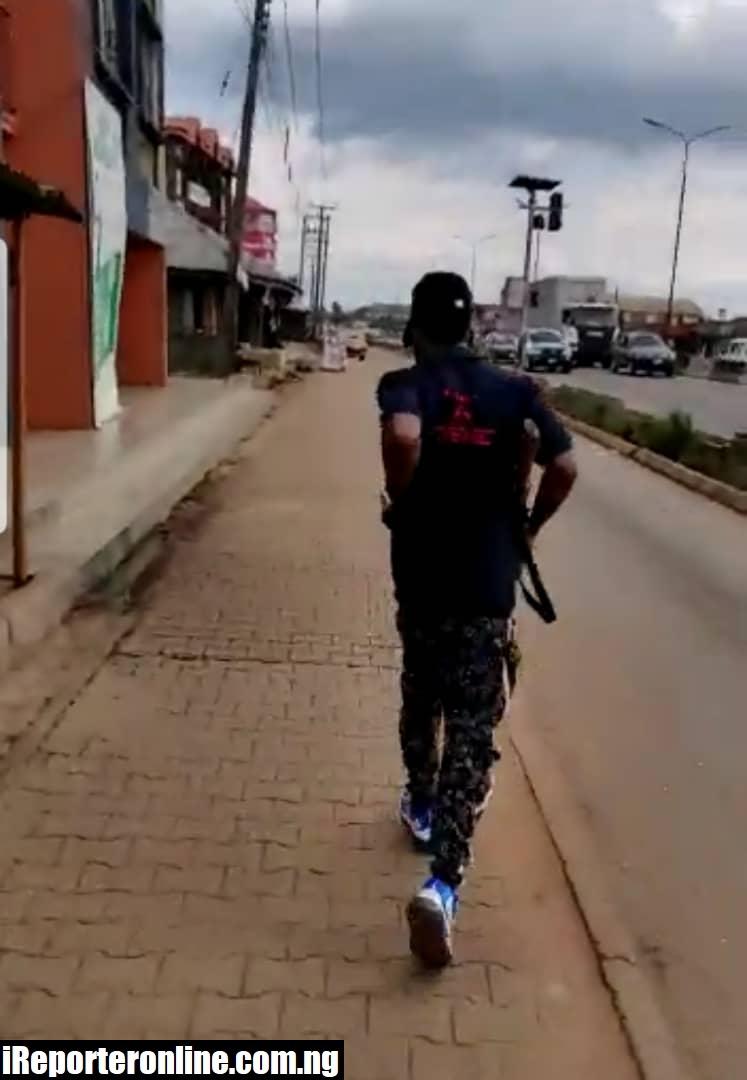 Let’s Get Ready to Rumble! Lol, the game of thrones has just gotten more interesting, the fight for the control of the soul of PDP in Edo State is sure exhilarating and thrilling.

Yesterday witnessed another drama as members of the PDP were caught on camera chasing armed vigilantes and thugs allegedly sent by a party leader in Egor to disrupt a meeting held by the local government executives of the party.

According to reports on the 18th of May, some armed thugs broke into the PDP secretariat at Egor and chased away party officials and thereafter announced the suspension of the Egor Local Govt Party Chairman, Mr Manfred Ekundayo Idehen and his secretary, Mr Moses Osarunmwense Godwin.

Thereafter the coupist took to some streets in Egor to celebrate the ouster.

However, in a curious twist of fate the State Chapter of the PDP yesterday denounced the suspension.

So yesterday members of the PDP in Egor marched to the state secretariat to submit its report of the illegality allegedly executed by Olaye Odion and other conspirators when some armed Vigilantees and thugs stormed the party Secretariat in an attempt to disrupt activities going on.

In a commando-like response members of the PDP confronted the armed vigilantes and thugs chasing them far away from the party secretariat. Voices could be heard in the background shouting “these are the people Olaye sent to come and kill us.’

It was a thing of shame to behold. See the video below…