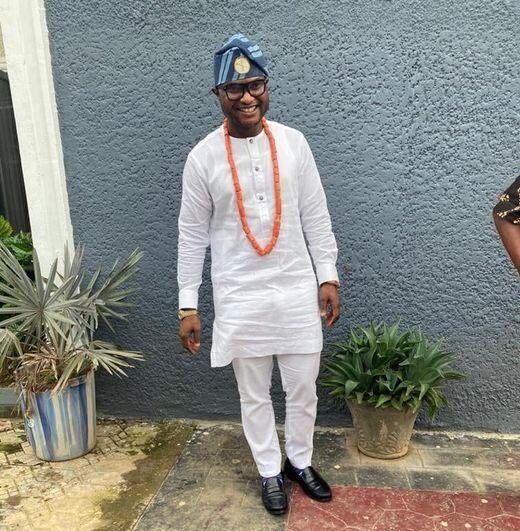 Holy Holy: See One Of The Reasons Why We Say Federal Lawmaker Dennis Idahosa Deserves All The Accolades(Editorial)

Yesterday the media was awash with a petition written by the Lawmaker Representing Ovia Federal Constituency in the National Assembly, Hon Dennis Idahosa on behalf of his constituents and other Federal road users who have been complaining about the unprofessional conduct, extortion and harassment of motorists by some officers of the Nigeria Customs Service stationed at Ekiadolor, along the Benin-Ore-Lagos highway. 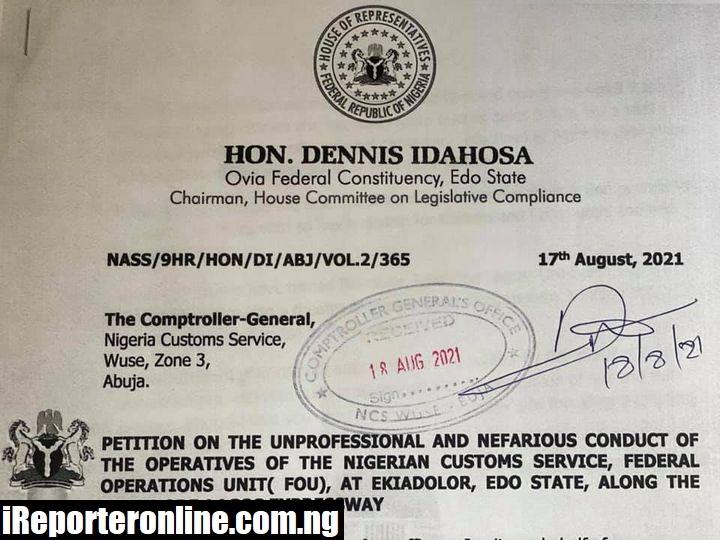 Hon Dennis Idahosa has shown times without number his adherence to the rule of engagement with his constituents. His ability to empathize with his people in every little way counts a lot.

We have always opined that if every Govt official is responsive to their responsibility we won’t even remember Buhari. Legislative responsibility is not all about wearing heavy Babariga and attending plenaries and thereafter sharing handouts for constituents.

Dennis has not only shown his affinity with his constituents, but he has also proved with actions that he cares about the well being of those he acknowledges as his people who sent him to Abuja to represent them.

As an avid follower of the trajectory of the lawmaker, I must give him kudos for his undying love towards his constituents. I recall how the lawmaker started the construction of the famous Aden bridge in Aden community, Ovia South West LGA, after the outcry by parents about the difficulty of their children going to school due to the collapsed old bridge. 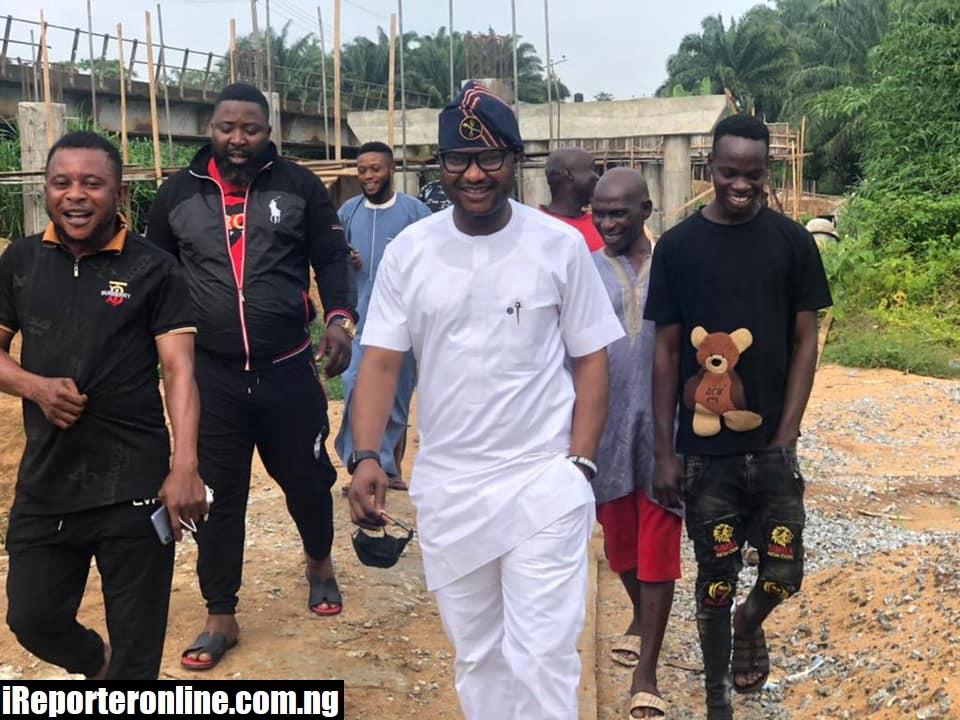 Today the bridge is almost standing tall. Who build bridges as a lawmaker?

How many State Governors build bridges in our rural communities? Yet it pains me to see people castigating this youthful lawmaker who has represented the youths brilliantly with his splendid performance as a first-time representative. He’s not the only youthful lawmaker in the green chambers.

Every week we are amazed at the rate at which the Lawmaker follows up with his constituency projects while still putting up awesome performance in his oversight functions and advocating for his people. Last month he influenced the electrification of over 70 communities.

The House of Representatives has 360 members, the Senate has 109 senators, we have ministers from each of the 36 States, we have 36 state governors, board chairmen across the 36 states, house of assembly members, local govt chairmen and councillors yet we can’t see projects going on in all these constituents across Nigeria.

Ask yourself if your Senator that posts pictures of himself on Facebook at social functions would have projects and won’t make them public?

Where are their projects to show us, yet they want to run Dennis Idahosa down?

For me, I would keep giving kudos to Dennis for his superlative performance, I choose to see the heroic acts in him and the blessing he has impacted on his people coupled with the goodwill he enjoys while you can see all the hate and envy as you wish.

To Hon Dennis Idahosa I proudly say in Tubaba’s voice,

“Steady moving, keep improving, Keep it moving none stop. It is not easy to be a federal lawmaker with all the “Pomp and pageantry ” associated with such office and still yet mingle and mix with your constituents on a REGULAR.

There’s no need for compromising, There’s no time so no debating, Just be maintaining the top, Motivating, elevating, fortified and visualizing. Keep providing every day for your constituents.”

Then for the naysayers,

“So he who has no sin should cast the first stone.

Osigwe Omo-Ikirodah is the principal of Bush Radio Academy.

FORENSIC INVESTIGATIVE PROFESSIONALS OF NIGERIA, AN IDEA WHICH TIME HAS COME; By: Amb Prince Sixtus Opara