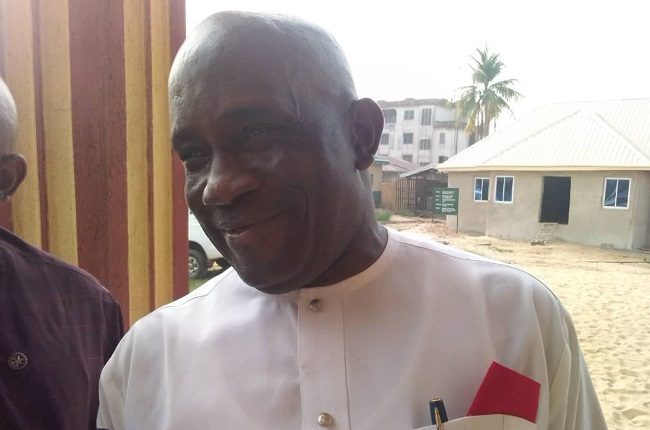 The new Permanent Secretary incharge of Ministry of Trade and Commerce, Barrister Samuel Ike, on Sunday disclosed how he lived with a life cockroach in his ear for four months

He said that in those four months, the cockroach tormented him while trying unsuccessfully to gain entrance into his brain.

Making the disclosure during a Thanksgiving service at St James Anglican Church, Iyi-owa Odekpe, Ogbaru Local Government Area of Anambra State, Ike said that he was not only thanking God for the position, but for saving his life.

He said, “I am not only here to thank God over my recent appointment as a Permanent Secretary. I want to thank Him because if not Him, I would have died before now.

“When I was driving one day, I noticed a moving something in my ear. It was a medium sized cockroach. I don’t know how it penetrated into my ear.

” It lived in my ear for four months. I visited a hospital at Obosi for two months before it was successfully removed from my ear. The doctor told me I would have run mad if it had succeeded in gaining entrance into my brain. It was brought out alive and killed by us.”

He added, “These experiences as as well as circumstances that would have turned me into a cripple barely a week of my appointment.”

Reacting to the testimony, the state Head of Service, Harry Uduh urged the new permanent Secretary to continue in his diligence to service as God would reward him more.

Nwofor, who presided the service ,amidsts other clergies and prelates, said only God could have saved the new Permanent Secretary, based on his narration.

He described the new Perm Sec’s experience as the reason people should call Upon God in any circumstance.