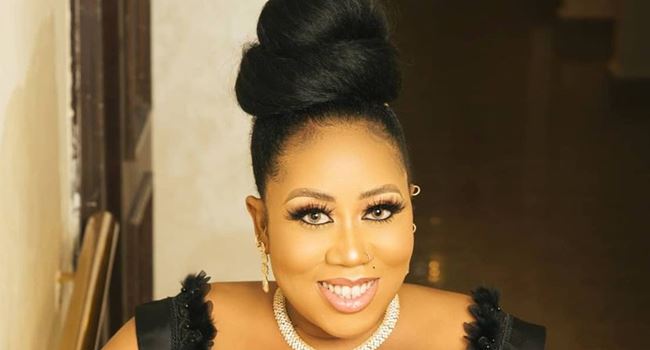 Nollywood actress Moyo Lawal has lamented that majority of her suitors have continued to leave her since she denied them access to her body.

The actress stated that she has been blamed by her suitors for not ‘allowing the relationship to progress.

In a post shared via her Instagram page on Wednesday, November 10, 2021, the actress revealed that she has lost many suitors because of her chastity.

Read Also ‘If Not For The Love I’ve For My Mother, I Would Have Slept With My Dad’ – Popular Nigerian Actress Reveals (Video)

“*I’am * … Possible?? 🙈because the number of suitors who left because I refused eeeh … (oh and they blamed me for not allowing the relationship progress, lik how after waiting just for a few months oooh) but anyways if you can’t beat them… you ?? God help us all,” she wrote.

Moyo Lawal has never shied away from her desire to end up in a romantic relationship.

However, she was recently called out for dating a married, rich, and influential politician. The actress has since denied the allegations.