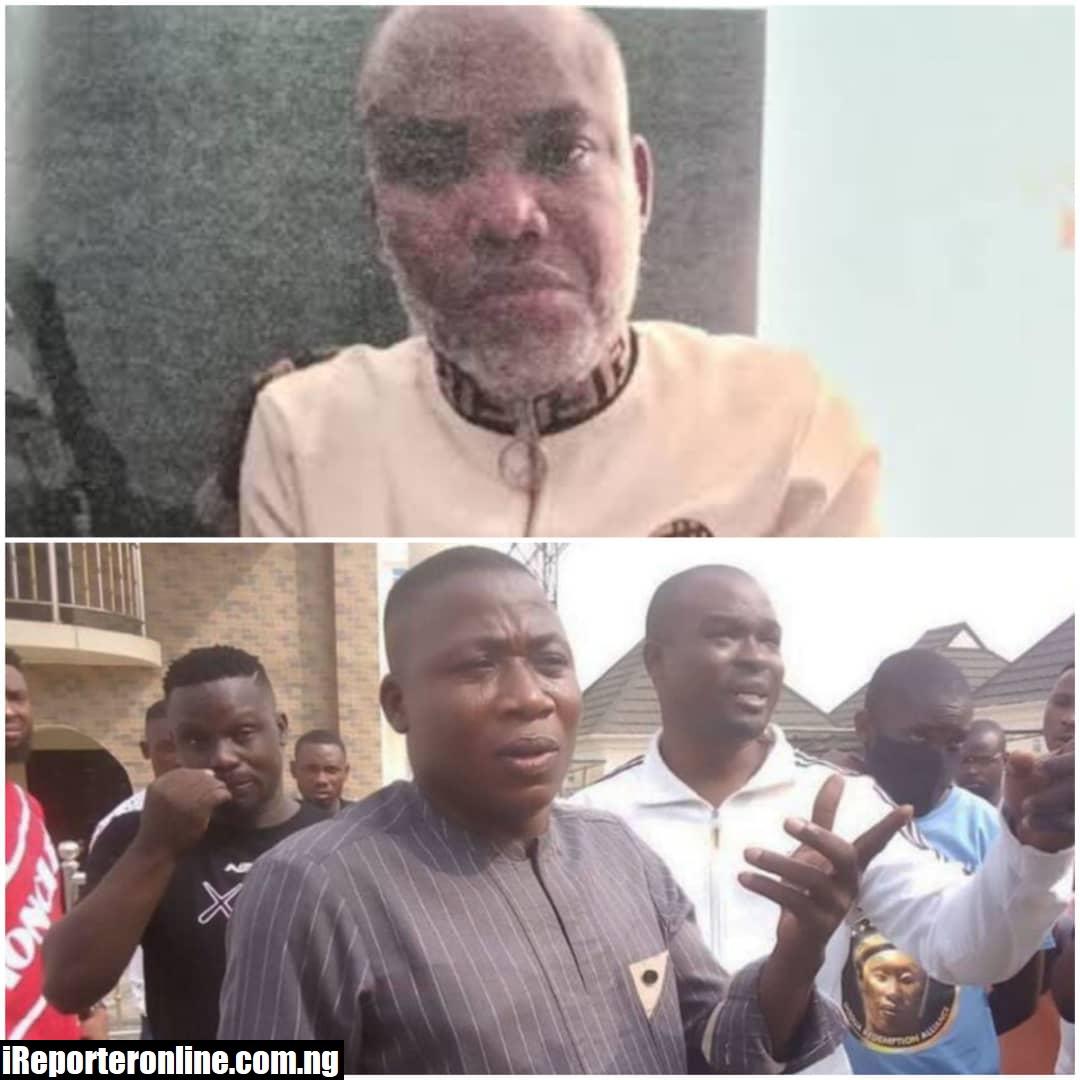 Last week’s trend was all about the capture of Nnamdi Kanu and the bursting of Sunday Igboho’s residence by the DSS. So many emotions flaring everywhere, Buhari must be a tyrant, he must be wicked, he wants to oppress the populace. So many bla…bla…bla.

I made a post on why Sunday Igboho should be made a scapegoat like Nnamdi Kanu and I was greeted with generational curses. I laughed at some respondents ignorance and wonder how in the 21 st century they expect things to be achieved in an unconventional way.

The funniest of these people are IPOB sympathizers, they keep shouting Nigeria is a zoo and would break up sooner or later while eulogizing Nnamdi Kanu as a messiah.

You see these naysayers know the truth but want to delude themselves, it is so pathetic that Nigerians can allow sentiment to becloud their sense of reasoning. A country with 774 local government councils with councillors in all the wards. Each state has a house of assembly, they have members in upper and lower legislative arms. They are represented by Governors and have nominations from all states as ministers.

From the drums of civil war to the sweet talks of a Referendum these Biafra sympathisers keep missing the vital processes and come on social media to display their boring ignorance.

A Referendum is an election where voters are asked to make a “Yes” or “No” decision on a proposal. There is a process at which a referendum can be demanded and achieved and whether we like it or not it must pass through a constitutional process.

Social Media is a tool used to bamboozle people and influencers like us make use of such to its advantage. What moves are IPOB making that can influence a referendum and not Social media likes oh. Their Supreme Leader, Nnamdi Kanu is busy frolicking around the world with women and comes on social media to spew hate and they think that is how a referendum is achieved.

You cant eat your cake and have it, if you must be ready for war/breakup then brace up for it. You must be resisted by the system, I careless if Buhari is the President now or whoever, taking arms or canvassing against a breakup must have its consequences.

Just like how IPOB castrated ( dem chop hin preeq comot) a politician in Imo State for supporting Nigeria that is how the system would also repress saboteurs against the Nigerian System. Back in the East you kill your people and harass them because they don’t support your drive and yet you point the same accusing fingers on the Nigerian Nation for victimizing your people.

Do you expect a legitimate government that has the mandate of millions of people not to defend its territory because a group of renegades ask for freedom? Funny people, who is championing their cause in the United Nations? Who is speaking for them at the commonwealth? These people just sit down behind a computer and photoshop videos and come out to sway the gullible that they are fighting for freedom?

Is that how they fight for freedom? No international collaborators, no brainstorming nothing, other than Kanu demanding money from Igbos across the globe in contributing to his lavish lifestyle.

Go to South Africa and see how the opposition parliament works? Julius Malema would storm out of parliament if he can not express himself, look how firebrand he is.

These indomie freedom fighters must present their blueprint, court the necessary influential people both within and outside the shores of the country. Then tell your people to participate in the electoral process and push for constitutional changes from the Parliament. But no way Nigerians like a shortcut, insult everybody and call them animals because they refused to grant you freedom. Pennywise …pound foolish.

You must stoop to conquer it’s a universal law, get into the process make sure all senators and house of reps members from the East are IPOB sympathizers. Then when they discuss in the National Assembly they would speak in one voice of affirmation and would storm out if the senate leadership refuses to hear them out.

Baby livered supporters that what to give what they don’t have. If the Americans, Britons, Chinese, Russians and whatever supper powers these IPOB members claim to have their support decide to conduct a survey on a referendum who would they ask for a response? Is it not elected representatives from the East, Would Hope Uzodinma nominate IPOB members to respond to these international bodies? Or do they think that hearing from the constituted authorities elected by the people does not matter?

“As a result of his human and civil right crusade, Gani was at various times arrested – 40 times in all, detained, had his passport seized by security agencies on seven different occasions and had his books confiscated”

Look at Abiola who happened to be the richest man in Africa he was thrown in jail and he refused to renounce his mandate, his companies and business outfits were shut down by the military junta, his wife was killed and his family members hunted.

When Abiola declared himself as the President of the Federal Republic of Nigeria he remained where he was and did not go into exile.

As long as these charlatans championing freedom can not be tolerant with those opposed to their pattern of approach then they can not be trusted with any leadership position.

For example, I saw with amazement trending videos of Biafra armies flogging Igbos that refused to sit at home during the order made by Kanu on Monday, 31st May, 2021. If these people are not worse than Osama Bin Laden are they not supposed to have given those violators of the sit at home order pamphlets to read on the need for a Biafra Nation than flogging them like slaves? Was that how Moses treated the Israelis he was trying to liberate from Pharoah?

And yet IPOB sympathizers were happy that their people were dehumanized and shown to the world. Any community that can not respect fundamental human rights is likened to a ZOO.

Nnamdi Kanu and Sunday Igboho would never be the first freedom fighters, my mentor and Daddy for life the Great Fela Anikulapo Kuti was a world-class fearless liberator who spoke truth to power without spewing hate on fellow citizens.

Let me conclude this article in the words of my friend, Msquare”

“Well, I don’t have time for name-calling, the youths of nowadays are full of words of violence & hatred.

We both have different ideas on how to effect positive changes in social/government activities.

I don’t believe or go with Karl Marx revolutionary theory (radical) which we have been having in the system that hasn’t brought any positive changes in the country, instead, causing more problems, dividing the nation & creating hatred in the minds of the youths. What the youths spread now are words of violence. What have we gained after the civil war?

I never buy the idea of radical revolution by Karl Marx, such can’t work in modern society anymore.”

Let Sunday Igboho and Nnamdi Kanu refine their approach towards what they want. No b dem start am , no b dem go end am.

I dey my house make una come beat me.