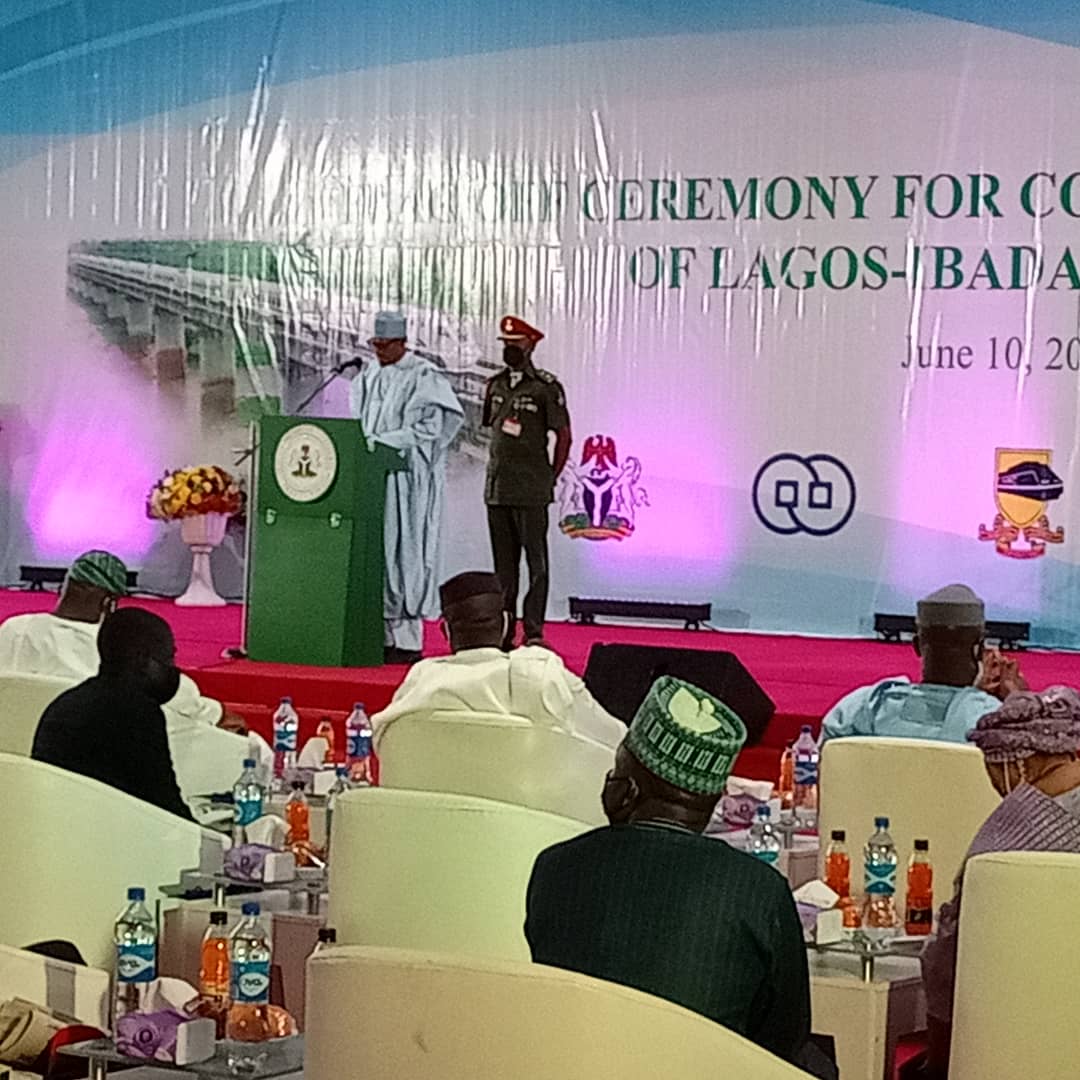 President Muhammadu Buhari has commissioned the Lagos to Ibadan railway project, describing it as another milestone in the revitalisation of railway projects to boost economic activities in Nigeria.

The president said the project was part of the Lagos to Kano railway project, which already has an Abuja-Kaduna component.

According to him, the railway project is being given the needed attention it deserves and when the Lagos to Kano project is completed, it will link up to Maradi in the Niger Republic.

He also commended the Minister of Transportation, Rotimi Amaechi, for his persistency and determination in completing the railway project.

While speaking, the minister of Transportation said the project is the third rail project commissioned by the president.

According to him, “First was the Abuja-Kaduna, Warri-Itekpe and now the Lagos to Ibadan.

For his part, Lagos State governor, Babajide Olusola Sanwo-Olu, said the standard gauge rail project is a testament of the federal government’s investment in Lagos State and the state is grateful.
“It is indeed a pride to see a project start and end within the life span of an administration.

“The social and economic importance of this project can not be overemphasised.

“The commissioning of this rail line has made it possible for people to work in Lagos and live in Ibadan,” the governor stated.

Chairman of the China Civil Engineering Construction Corporation, (CCECC), which handled the project, Mr Jiang Yigao, said the company has been in Nigeria for 40 years and the project is one of the biggest projects it has handled.

Also, chairman, Nigeria Railway Corporation (NRC) Board, Engr. Alhassan Musa Ibrahim said the project encountered a lot of challenges but the persistence of the federal government ensured its conclusion.

The Nigerian Railway Modernisation Project, Lagos-Ibadan section with extension to Lagos Port at Apapa starts from Lagos, the largest Port City in Nigeria, and runs north-eastward through Abeokuta to an industrial city Ibadan.

The length of the mainline is 156.8 km with a 6.51km extension to Apapa Port. It connects three important states in the southwest region namely Lagos, Ogun and the Oyo States.

The project adopts China Railway Standard, with a designed speed of 150 Km/h. It is a double-track standard gauge railway, using diesel traction and an automatic locking system.

The project will improve the Nigerian transport infrastructure and enhance the better layout of the national railway network.

It will facilitate a better interstate connection in the regions of Lagos, Ogun and Oyo States respectively, accelerate industrialization and urbanization of regions along the line, and foster integrated economic development.

The operation of this rail line will facilitate mass movement of passengers, reduce the traffic pressure on the road, lower the rate of road accidents and promote the safety of travellers.

LEADERSHIP reports that the completion of the project will also enhance the decongestion of Lagos Sea Port and increase the throughput capacity for better development of the Port with a positive influence on the Lagos region.