Kindly Share This
Justice Must Prevail: Why Sheikh Gumi Should Be Treated Worse Than  Nnamdi Kanu And Sunday Igboho By Osigwe Omo-Ikirodah
“In keeping silent about evil, in burying it so deep within us that no sign of it appears on the surface, we are implanting it, and it will rise up a thousand fold in the future. When we neither punish nor reproach evildoers, we are not simply protecting their trivial old age, we are thereby ripping the foundations of justice from beneath new generations.”
― Aleksandr I. Solzhenitsyn, The Gulag Archipelago 1918–1956 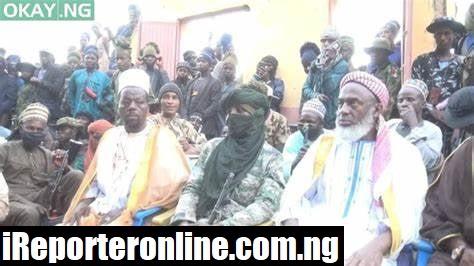 Today I would begin with famous quotes on “Justice” because of the prevailing circumstances hovering above our NATION. According to Martin Luther King Jnr , “Injustice” anywhere is a threat to Justice Everywhere,  man cannot be freed by the same injustice that enslaved it.
In other words, Justice is the firm and continuous desire to render to everyone that which is his due.
I laugh when  I see Nigerians from all strata always complaining of woes when the solution lies within them, the Federal Government gives excuses for its failure and heaps the blame on the citizens for the drop in moral values, the citizens, in turn, fail to tell themselves the truth and shame those amongst them that are criminals and perpetrating a crime.
I have always opined that political will to act in order to rectify things is our bane, once our leadership that is entrusted to implement the laws do the needful then crime would be reduced to the barest minimum.
In as much as our constitution can be said to be defective, genuine implementation of our constitution would go a long way in resolving our security challenges and corruption eating deep into our system.
Today Nnamdi Kanu and Sunday Igboho have been caged by the Federal Government over their acts of insubordination and calling for a separatist Nation.
I have spoken extensively on the mistakes deployed by these “indomie” freedom fighters in asking for a separatist Nation and I applaud the actions of the Federal Government of prosecuting these so-called liberators that have violated our constitution consistently all in the name of fighting for a separatist Nation.
“Injustice” anywhere is a threat to Justice Everywhere, as long as the Islamic scholar, Abubakar Mahmud Sheikh Gumi is walking around a free man then the FG is hypocritical in its fight against terrorism and banditry which are the major plague facing the NATION today.
Who is a bandit?
A robber or outlaw belonging to a gang and typically operating in an isolated or lawless area.
Who is a kidnapper?
A person who abducts someone and holds them captive, typically to obtain a ransom.
Who is a Terrorist?
An advocate or practitioner of terrorism as a means of coercion. 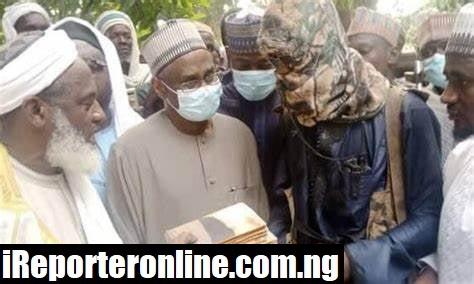