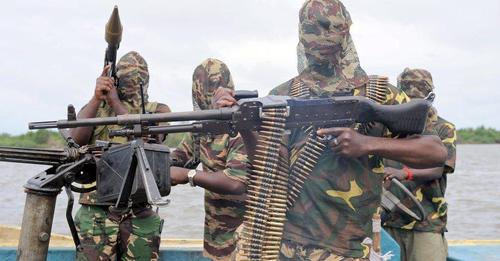 Militants killed 14 Christians, including women and children, in Benue State on Monday night. The attack happened around midnight in the Tarka Local Government Area, close to the state capital of Makurdi according to US-based International Christian Centre.

Pictures from the scene show the deceased lying on the ground, with wounds that appear to be machete cuts. A boy as young as three years old can be seen in one of the photos.

Benue State is predominantly Christian, and its governor, Dr. Samuel Ortom, has long spoken out against the continued violence in the region. Governor Ortom’s continued advocacy for the protection of Christians in the state has made him a prime target of militants, who attempted to assassinate the governor in 2021.

Last year, Nigeria earned the distinction of being the worst country for Christian persecution in ICC’s 2021 Persecutor of the Year Awards. Radicalized and armed militants have killed tens of thousands of Christians and left more than 3 million displaced in a 20-year genocide against them.

“Christian communities in the Middle Belt region of Nigeria have effectively suffered a 20-year genocide,” said ICC President Jeff King. “Where is any action? The Nigerian government gives these attacks lip service without any meaningful response. Where is the outcry? Where is effective action? In Nigeria, the military, the police, and the intelligence agencies are all controlled by Muslims.

“This, coupled with a 20-year lack of response by these agencies, should naturally lead to deeper questioning by the international community. Simply put, the time for cheap talk and platitudes is over. The world is waking up and starting to ask, ‘Is the Nigerian government complicit in these attacks?’ Time will tell, but for this long-time watcher, the decision is in.”