Some members of the Indigenous People of Biafra, IPOB, stormed the British Embassy in Ireland in protest of the arrest of the group’s leader, Nnamdi Kanu.

Mr. Kanu was picked up by Nigerian authorities on Sunday, June 27, 2021 and arraigned in court on Tuesday June 29th where he was remanded in the custody of the Department of State Security Services, DSS.

The protesters also submitted a petition against the Nigerian Government over what the described as an ‘Illegal detention’ of Mr. Kanu. They argued that Kanu was not ‘kidnapped’ from Kenya and brought back to Nigeria under suspicious circumstances.

Photographs from the scene; 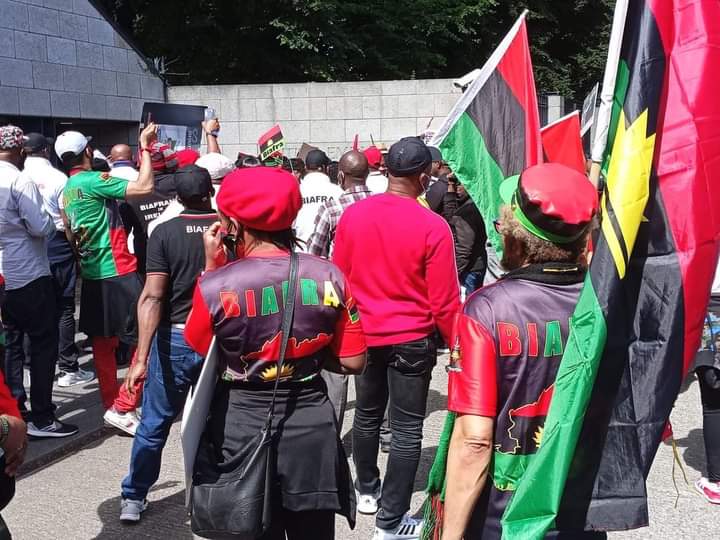 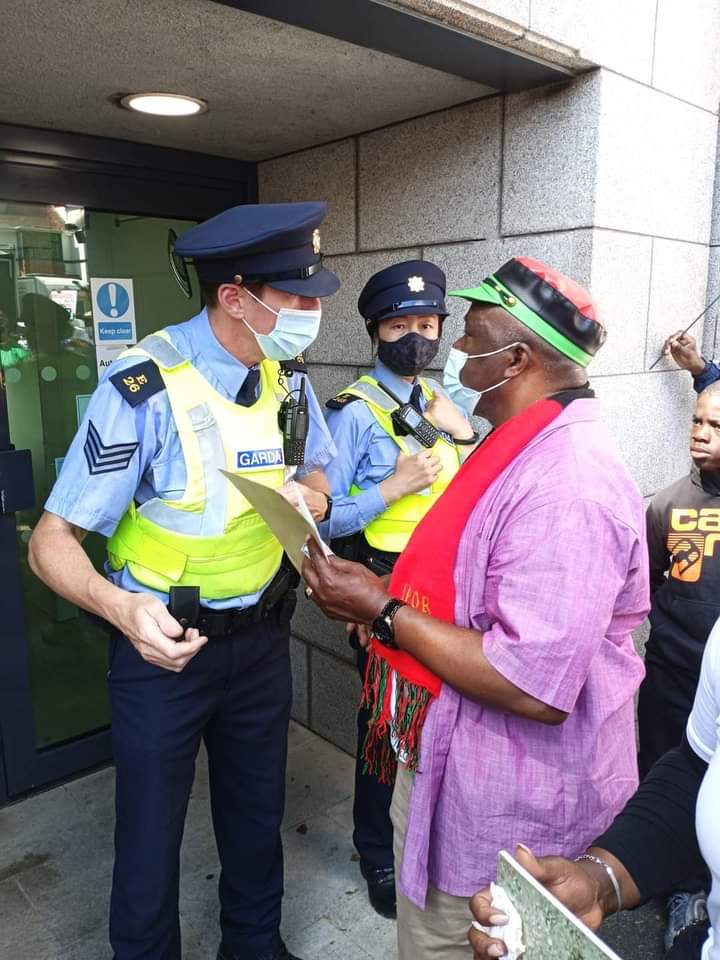 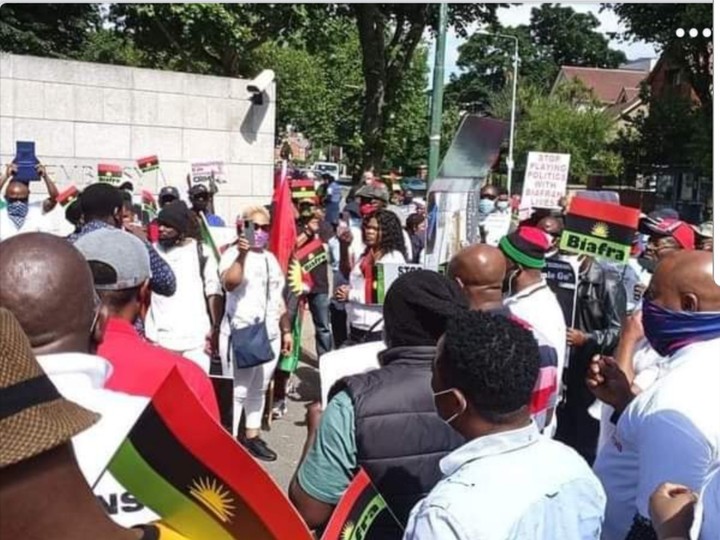 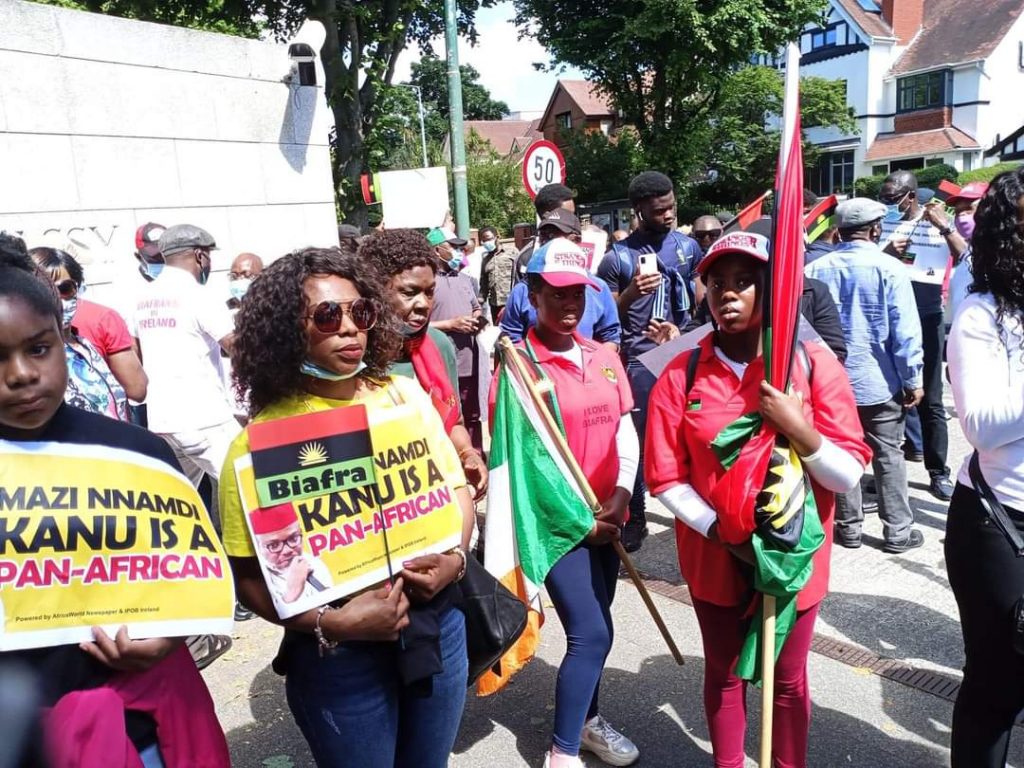 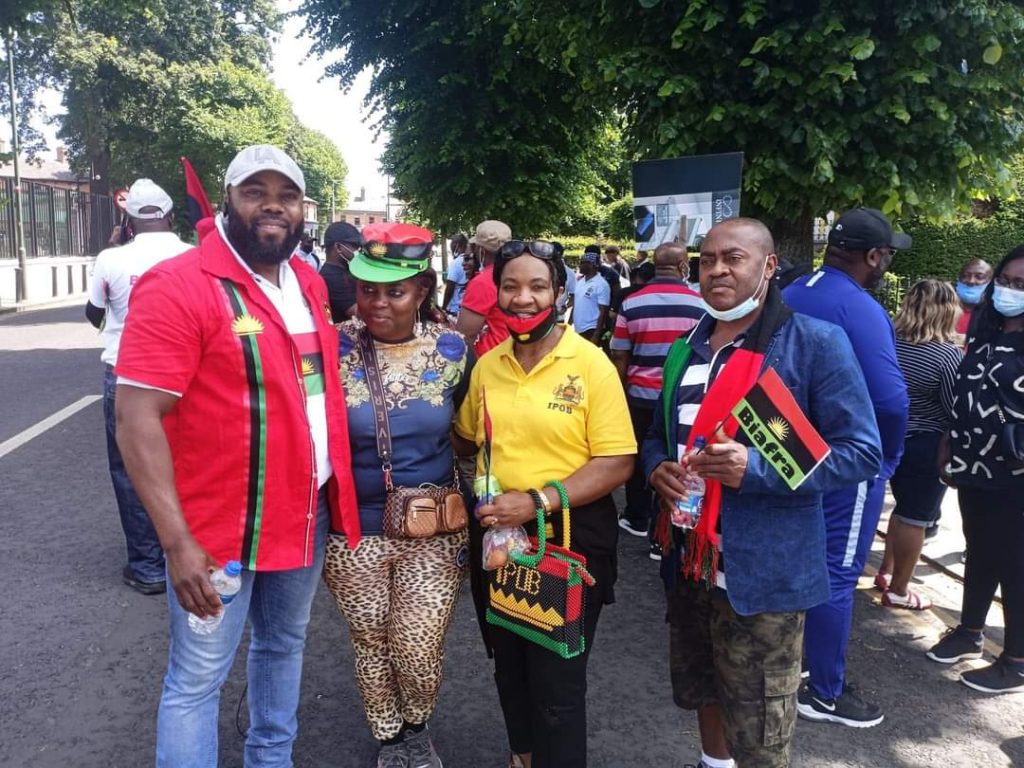 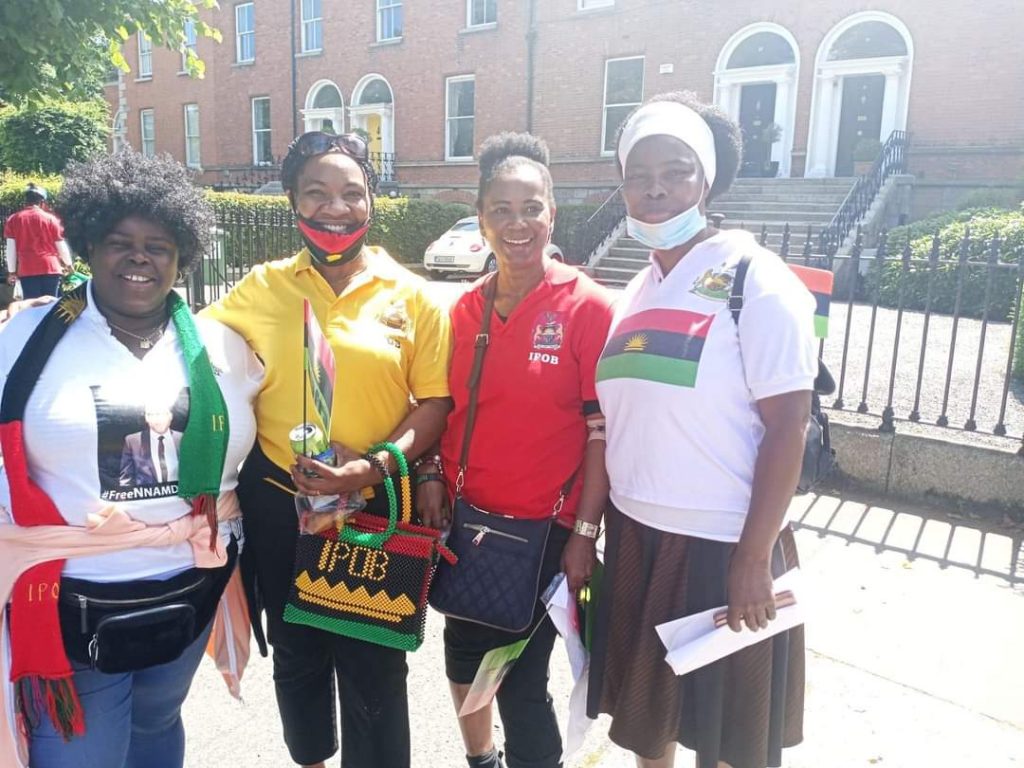