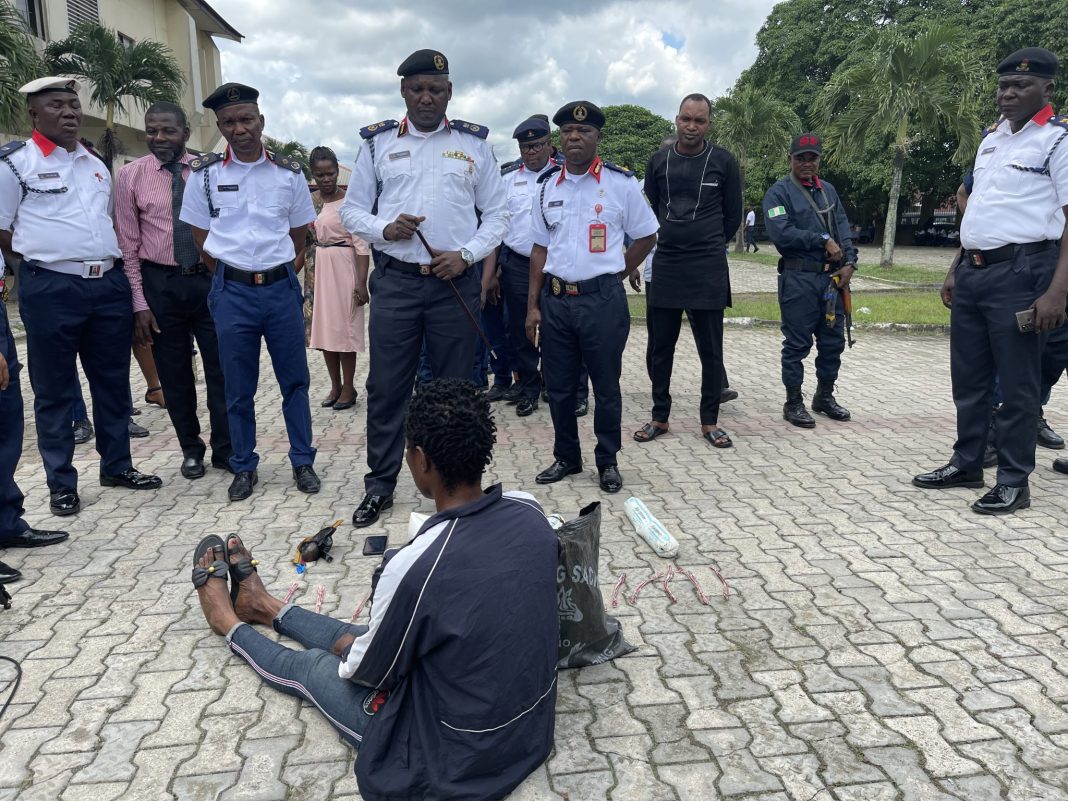 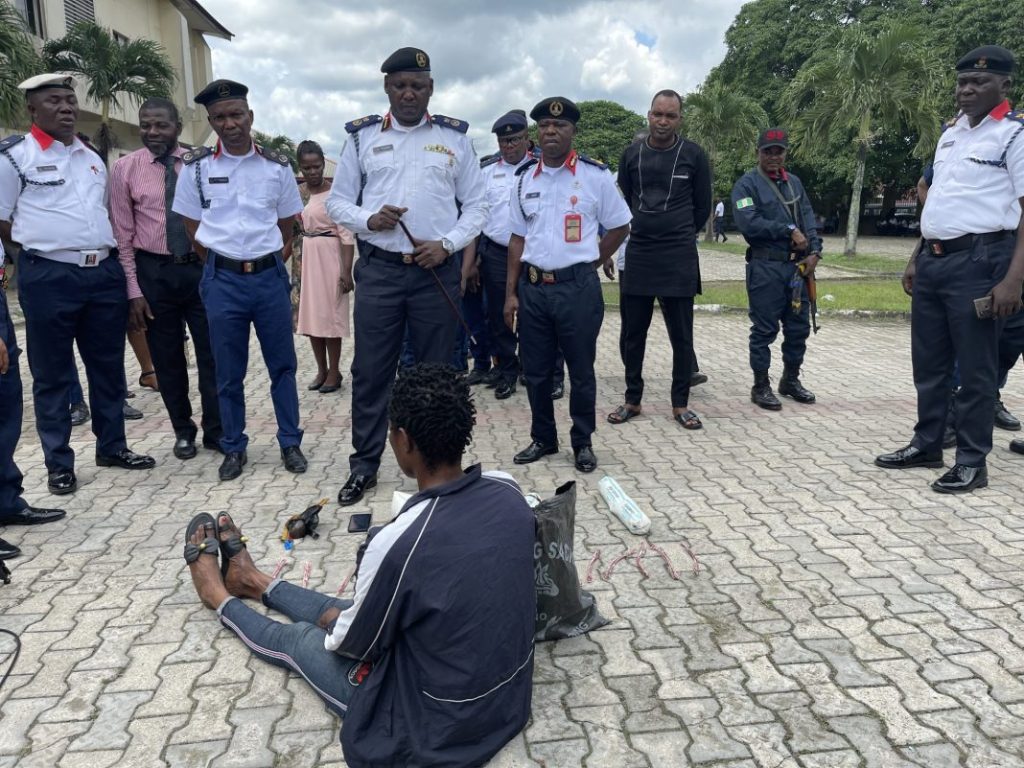 Commandant of NSCDC in the state, Samuel Fadeyi, who paraded the suspect at the command’s headquarters on Tuesday in Calabar, said the suspect was arrested by NSCDC personnel on June 25.

Mr Fadeyi said that the suspect was arrested with the three explosives including three connecting components.

According to him, the suspect was arrested in Akamkpa Local Government Area, LGA, of the state while trying to waybill the explosives to an un-identified source in Obubra LGA of the state.

“The lady was trying to send the device she had sealed in a nylon bag to Obubra LGA.

“We all know in Cross River as at now that Obubra LGA is exclusive because of the conflict between Nko community in Yakurr LGA and Onyadama in Obubra local government.

“Sending explosives through public transport is illegal, hence we had course to intercept this lady who said she was sent by somebody to send it to another person.

“We are on the trail of the other suspects who are also involved in it but now at large,” he said.

The Commandant said that investigation carried out revealed that the husband of the suspect is a blast master who works in a construction company.

He explained that the suspected explosives were some of those used in one of the construction companies in Akamkpa which the husband might have smuggled.

He further said that the command would transfer the matter to the Department of State Service for further investigation.

“As a corps, we have a unit called the Chemical, Biological, Radiological, Nuclear and Explosive Unit which makes us familiar with some of the explosive in their packages.

“When explosive moves, the National Security Adviser knows about it.

“The National Security Adviser informs the security agencies about the origin, route and destination so that we can keep track of it and ensure they are used for the purpose.

“This explosive device is capable of causing more harm to humans and properties if detonated,” he said.

He advised residents in the state to be vigilant about their safety and to report any suspected person or groups of persons around them to security agencies.

The suspect said that her husband gave her the suspected devices to waybill to someone in Obubra local government.

She explained that she had no further knowledge of the device aside what the husband used it for at the construction company where he works.

“This is the first time my husband would be sending me to do this kind of waybill,’’ she said.