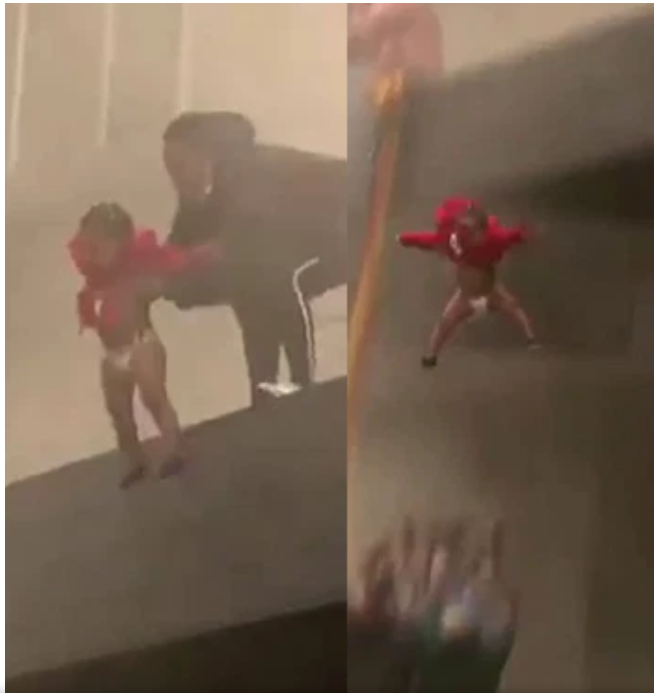 A video has emerged showing a mother throwing her kid from a building in South Africa after looters allegedly set the building on fire.

It was gathered that the building caught fire after looters set fire to the shops below the building.

Unfortunately, the fire spread to the top of the building and getting a lot of persons stuck in the building.

The concerned mother was forced to throw her child from the top of the building into the waiting arms of a group that had gathered to catch the child.

The sentencing of the former president of South Africa, Jacob Zuma has seen not less than forty-five people killed.

The government has now deployed military officers to the streets to contain the unrest, which started Zuma’s home in KwaZulu-Natal province to the country’s biggest city Johannesburg and surrounding Gauteng province, and to the Indian Ocean port city of Durban.