The Ologbotsere of Warri Kingdom, Chief Ayirimi Emami, has cautioned the Ginuwa I Ruling House and kingmakers of the Warri Kingdom against going ahead with plans to crown Prince Tola Emiko as the 21st Olu of Warri next month. 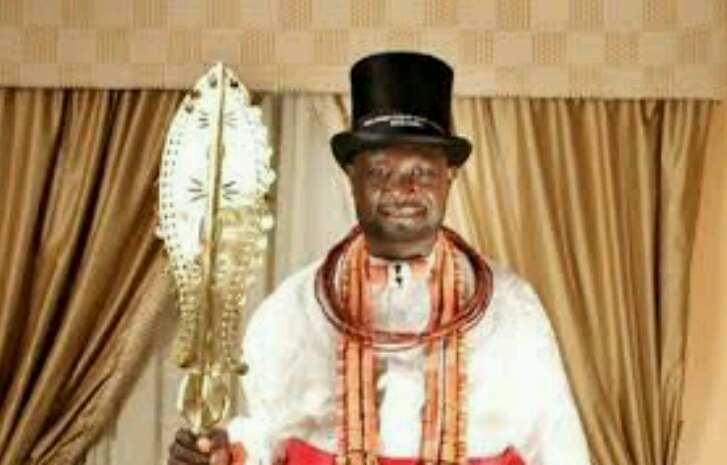 He said a coronation done against the terms of the 1979 Edict would not stand, adding: “Even if they go ahead with their coronation, the Edict will have the last laugh.”

He gave the warning while addressing a throng of supporters who stormed the High Court 4, Warri in solidarity with his suit challenging the emergence of Prince Tsola Emiko as Olu of Warri Designate, as well as his removal as Ologbotsere by the Ruling House.

Emami emphasised that his decision to challenge the emergence of the Olu-designate was taken to safeguard the throne from interlopers who would lay claim to the stool without prerequisite credentials.

He said: “My stance is not to destroy Itsekiri land but to ensure that our history and culture are not trampled upon by some persons.

“We must continue with the culture and directives of our forefathers; we owe it a duty to unborn generations to whom we will hand it over untainted.”

In the letter, a copy of which was obtained by our reporter, he urged the governor to ignore the invitation to the coronation, until the legal hurdles are cleared.

The letter reads in part: “I want to state very emphatically, that I have no personal interest in this matter and in particular I have nothing against the person of Prince Tsola Emiko.

“As Chief Security Officer of the state, Your Excellency Sir, I urge you with all humility to ensure that existing laws are upheld.”

A Delta State High Court in Asaba adjourned the case challenging the installation of Tsola Emiko as the Olu of Warri designate to August 5.

The plaintiff, one of the sons of Ikenwoli, had approached the court to challenge the process which led to the installation of the Olu of Warri designate.

The court granted the relief sought by the plaintiffs and defendants counsels for both parties to be properly served.

Another judge, Justice Agboje O, adjourned Emami’s suit challenging the succession to the throne of the Olu of Warri to August 3.

This was amid heavy security around the premises of the Delta State High Court in Warri.

Armed security operatives were positioned at strategic points around various routes leading to the courts.

Some litigants who appeared improperly dressed were denied access until the matter in Court 4 was adjourned.

An official said: “The suit has been adjourned to August 3. That is all for now.”

A lawyer in the matter, Robinson Ariyo, confirmed that the matter was adjourned for mention on August 3.

JUST IN: Nigeria Govt Yet To State Charges Against Igboho – Lawyers