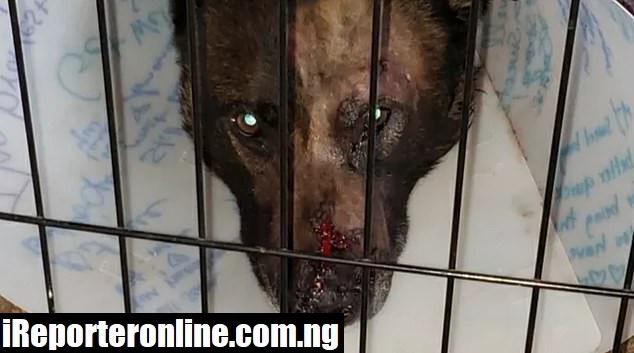 A police dog was stabbed 27 times by a landlord avoiding arrest in California.

The landlord was hiding in a garage as the dog clamped down on his leg after the landlord stabbed a tenant in the stomach and hit him with a baseball bat, police officials have said. 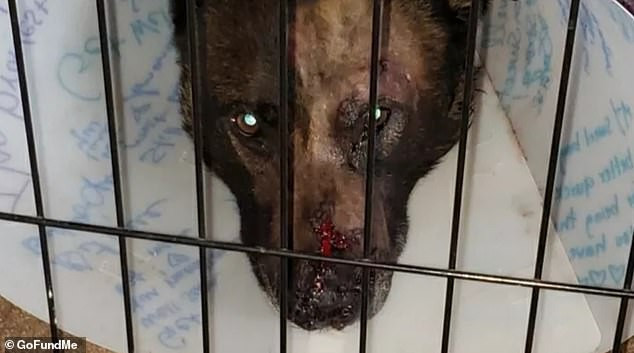 The dog named Aros, is a member of the Escondido’s K9 unit in San Diego.

On December 9 it was stabbed 27 times in the nose and head after he was ‘deployed to locate a person hiding in a garage.’ 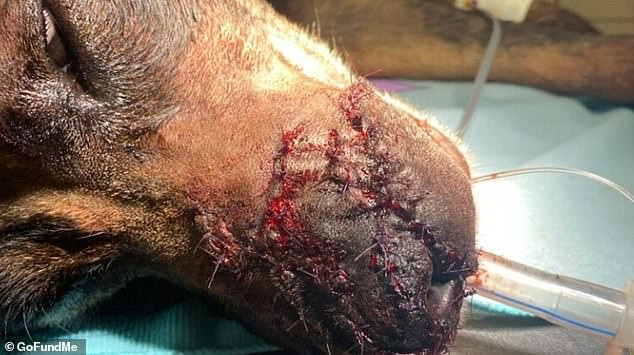 The dog aged seven-and-a-half years and a Belgian Malinois was assisting them on a mission to arrest the violent landlord on South Maple Street around 1 pm. The landlord allegedly entered a tenant’s home unannounced, stabbed him and hit him with a baseball bat, according to police.

The victim managed to escape and called the police. The landlord refused to come out of hiding after being found in a two-car garage. 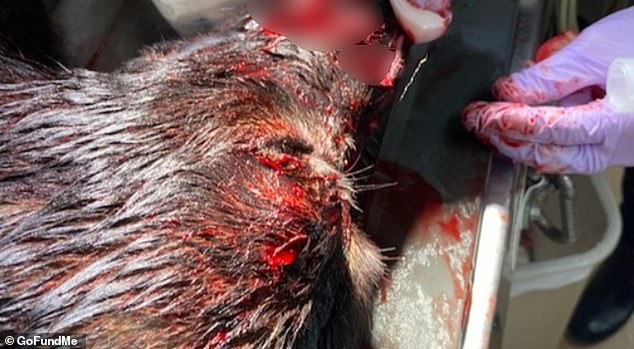 After 20 minutes of negotiating with him, officers entered the garage with Aros, Lieutenant Mark Petersen, who oversees the K9 unit, told the San Diego Union-Tribune. 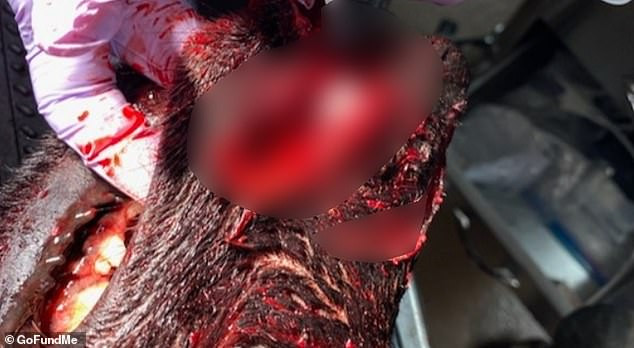 Once Aros latched onto the man’s leg, the landlord pulled out a knife and began to violently ‘hack away’ at his head, police said.

The officers used a taser and foam rounds on the man, leading to him dropping the knife and falling from the rafters.

Moore immediately rushed Aros to a veterinarian as the other officers arrested the landlord for suspicion of attempted murder, burglary and injury to a police dog.

‘What was pretty amazing to me, and I’ve been involved with canines for 20 years, is the dog just held on,’ Petersen said. ‘He did his job. He held onto the guy while being stabbed 27 times until the officers were able to get to him safely.’

Police say the dog needed several stitches to close his wounds but is expected to make a full recovery.

Police say they are not sure if the dog can return to work at the Escondido Police Department as officials wait to see how his nose – which took the brunt force of the stab wounds – will heal.

‘We don’t know yet whether he will be able to return to service, because we don’t know how much damage was done to his snout. That’s his moneymaker — to be able to sniff stuff. It is just a waiting game at this point,’ Petersen told the paper.

Moore told the Los Angeles Times that the dog’s nose has to be structurally sound enough to perform police work.

Complicating the recovery is the fact that Aros, a three-and-a-half-year police veteran, has been rippintearing up his stitches.

‘They are upping his sedation meds,’ Petersen told the Union-Tribune on Thursday. ‘He’s not letting his face heal, [so] he’s back on heavy-duty meds.’

He added. ‘Look at Aros and what he went through. He still wants to go out. He still has his energy.’