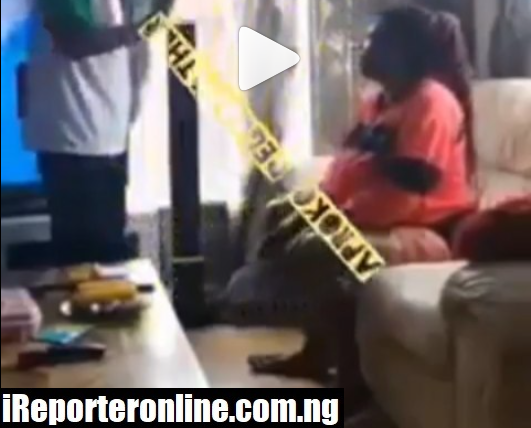 A pregnant woman was caught unknowingly while the man recorded their conversation, the man was disappointed when he caught his wife talking to her ex-boyfriend that he missed him and what did he want to give her.

To the man greatest when he scolded her wife for Allegedly speaking to her Ex-boyfriend on phone, the woman Allegedly defended herself, claiming that she was doing the right thing and that her husband should not interrupt her.

She also claimed that she had every right to phone him and anyone else she wanted.

She went further to threaten the man that If the man picks up the phone without her permission, she would definitely call the cops, and he will be arrested. He will be sorry for his actions, and he should learn to control his emotions.