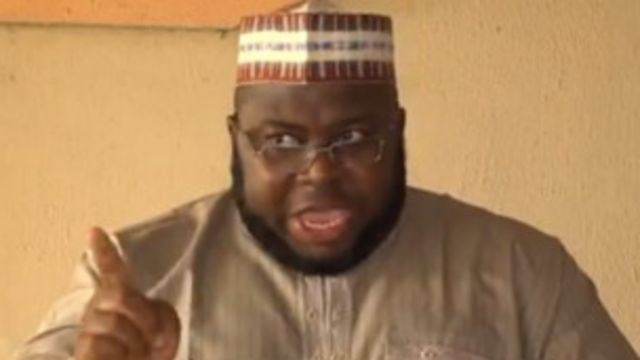 Kinsmen of the Rivers State Governor Nyesom Wike, elders and youths from the Niger Delta have distanced themselves from the declaration of Biafra by ex-agitator Alhaji Asari Dokubo.

The Federal Government described Dokubo’s formation of Biafra Customary Government as a “theatre of the absurd by a joker seeking attention’’.

Speaking with the News Agency of Nigeria on the development in Lagos yesterday, Minister of Information and Culture Alhaji Lai Mohammed said President Muhammadu Buhari’s administration will not be distracted by the absurdity.

“I am sure you have heard of the theatre of the absurd, that is the best way I can describe it. If Asari Dokubo wants to form and run a fathom government, I think he is free to do so.

“This administration will not be distracted because we still have a lot to do. We are not ready to give any attention or time to a joker like Dokubo who is just looking for attention.

“We will just take it as one of these entertainment things. The beauty about Nigeria is that it is never a dull country, you must have one thing or the other to entertain you,’’ he said.

The kinsmen of Wike under the auspices of the Ikwerre Peoples Congress (IPC) said Asari’s proclamation was an abuse of his fundamental human rights, describing his inclusion of Ikwere and the Niger Delta as part of Biafra as vexatious.

The convener, IPC, Livingstone Wechie, said: “For the records, Ikwerre is an independent ethnic nation in Nigeria with a global spread and Ikwerre are not subservient to any other ethnic block whatsoever and under any guise. This is in respecting the status of Ikwerre as one of the largest ethnic nationalities in Nigeria on record undisputed.

“Therefore, Ikwerre People’s Congress in its right along with other credible sociocultural organisations in Ikwerre nation are the only bodies with the legitimate authority to make representations and speak on behalf of the Ikwerre nation and her people on issues that affect our interest.

“On this note, we state categorically that although Asari’s forebearers owe their ancestry to Ikwerre nation, and whereas Asari is a Niger Delta son with his fundamental rights to his identity and affinities, he does not have the right, authority, permission and or legitimacy to speak on behalf of the Ikwerre nation or to speak solely for the Niger Delta under any guise either by himself or through his cronies or agents.

“No doubt we have disputation and aspirations in pursuit of the respect and demand for self-determination over our lands and resources including political rights as a people in the Lower Niger and the Niger Delta in particular which aspirations we share with our neighbours and ethnic counterparts,

no position, negotiation or consultations will be made over the Ikwerre nation without our voluntary consent and mandate.

“Ikwerre is too big for that foul play and this is trite knowledge. This view is sacred and undoubtedly includes the rest of the Niger Delta because nobody including Asari Dokubo can impose his personal Will or agenda on any ethnic block in our region. Therefore we ask that the Ikwerre nation be left out of Asari’s diatribe”.

Also, the Southsouth Elders’ Forum (SEF) said the zone believed in one Nigeria and would not be part of Asari’s Biafra.

Its Coordinator, Sarah Igbe, said the Niger Delta, including the Pan Niger Delta Forum (PANDEF), were not part of any secessionist agenda

Igbe, who is a member of the Board of Trustees, PANDEF, said they were only agitating for restructuring to ensure fiscal federalism that would allow each region to control its resources.

He said: “Asari has the right to his opinion. But so far as I know the Southsouth region believes in Nigeria. We believe in one Nigeria and we don’t think we should talk of Biafra despite all the injustices against the former Eastern Region.

“We are talking about restructuring. The Southsouth and PANDEF and the elders’ forum believe in the restructuring of this country in such a manner that every part of the country will be committed to the development of the country. That is where we stand.

“We don’t believe in breaking from Nigeria. We should go back to the 1960 Constitution where we had our resources and we could talk of fiscal federalism. That is what we are interested in. We are not interested in anything less. We need fiscal federalism as applied in the United States of America and other democratic society.”

Also, the Ibibio Youth Council (IYC), the youth wing of the largest ethnic group in Akwa Ibom, has said no part of the state would ever belong to Biafra.

The President of the IYC, Mr. Imoh Okoko, declared as unfortunate and misguided the statement credited to Dokubo that Akwa Ibom was a Biafran entity.

Imoh said historical records did not link any ethnic group namely Ibibio, Annang and Oro to Biafra and that the state would resist any attempt to annex any part of Akwa Ibom to Biafra.

‘’We will not support the cause of Biafra. I want to state very clearly and assuredly that the Biafra dream will never be actualized. It is not possible.

‘’The people fighting for Biafra are not genuine. There are so many groups apart from IPOB and MASSOB which agitating for Biafra. They have a divided house so can’t achieve their aim.’’

A former President of the Ijaw Youths Council (IYC) Worldwide, Eric Omare, said though Dokuboh was entitled to his opinion, the majority of Ijaw people did not share the same belief.

“If there is any reason for the break-up of Nigeria, the Ijaw will want to be an independent nation not part of Biafra”, he said adding that Asari’s moves emphasised the need for all stakeholders to hold a roundtable on the future of the country.”

An Ijaw cultural and religious group, the Order of Egbesu Brotherhood, also said the Ijaws were not Biafrans.

The Coordinator of the group, Apostle Bodmas Prince Kemepadei, said though the Ijaws were not against Biafra agitations, they were not Biafrans. He said the Ijaw had its own course and in no distant time it would come to bear. Kemepadei said the Ijaw were free people and their lands would never be a conquered territory.

The Egbesu coordinator said: “As a traditional religious body of Ijaw nation, we owe our ancestors and the entire Ijaw people a duty to protect its territory.

“We would not allow any of our lands to be annexed into Biafra territory or allow our people to be subjugated to second slavery.

“We respect Asari Dokubo as a leader, but his purported declaration of Ijaw land into his proposed Biafra is his mere opinion that exists only on the faces of newspapers and not the resolve of our people.”