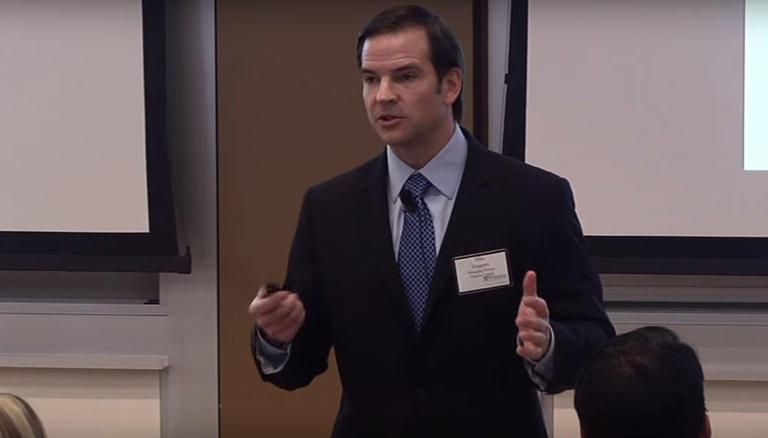 See The Billionaire Who Allegedly Kept Spreadsheet Of 5,000 Women He Had $ex With

A Silicon Valley billionaire allegedly kept a spreadsheet of 5,000 women he has had sex with, one of them being a teenager he paid off to keep quiet.

According to New York Post, Michael Goguen, a former partner at Sequoia Capital who now heads his own firm, has been sued by four former employees, who say that they helped the 57-year-old manage his “harem” of women. The allegations, which also include claims of Goguen ordering his security chief to kill detractors, are contained in a civil complaint filed in US District Court, Montana.

The bombshell lawsuit claims that the married billionaire, who has two children, owns a series of luxury ‘safe houses’ where he takes dozens of young women for sex. Apart from keeping a spreadsheet documenting his sexual encounters, Goguen also outfitted a local bar where he owns a basement ‘boom boom’ room. The underground enclave is allegedly used ‘to maintain women for the purpose of committing illicit sexual activity’, the lawsuit said.

As per New York Post, the 135-page complaint seeks more than $800 million in damages. The lawsuit was filed by four former employees who set up Goguen’s Amyntor Group LLC, a whitefish-based security contractor. It lays out a complex operation headed by the 57-year-old to protect his simultaneous affairs. It accuses Goguen of offering ‘gifts’ to the women in a bid to make them perform other ‘deviant sexual acts with him’ and to maintain their silence as a part of the ‘Goguen Sexual Enterprise’.

Who is Michael Goguen?

Goguen is from Massachusetts, US. He attended the Cornell and Stanford universities, where he studied electrical engineering. He then joined Sequoia Capital in 1996 but was let go from his job after his mistress, Amber Baptiste, accused him of physical and sexual assault over a 13-year period. Baptiste has reportedly said that Goguen sodomised her for six hours at a time and forced her to call him ‘king’ and ’emperor’.

In 2019, Baptiste’s lawsuit was, however, dismissed for failing to provide relevant documents or to submit to a medical examination. A judge also found that she committed fraud and extortion, and granted Goguen a restraining order preventing her from repeating her claims.

But the allegations had cost Goguen his job at Sequoia Capital in Silicon Valley, where he had been a longtime partner. According to NY Post, despite the high-profile exit, Goguen is still worth more than $5 billion and he now runs several businesses, including Casey’s Whitefish – a pub and restaurant, and Two Bear Capital – a firm that invests in early-stage companies with disruptive innovations, including biotech and cybersecurity.

‘She Keeps Going To My Office, Accusing Me Of Sleeping With Women’ – Pastor Ends Marriage After Wife’s Accusation Of Infidelity