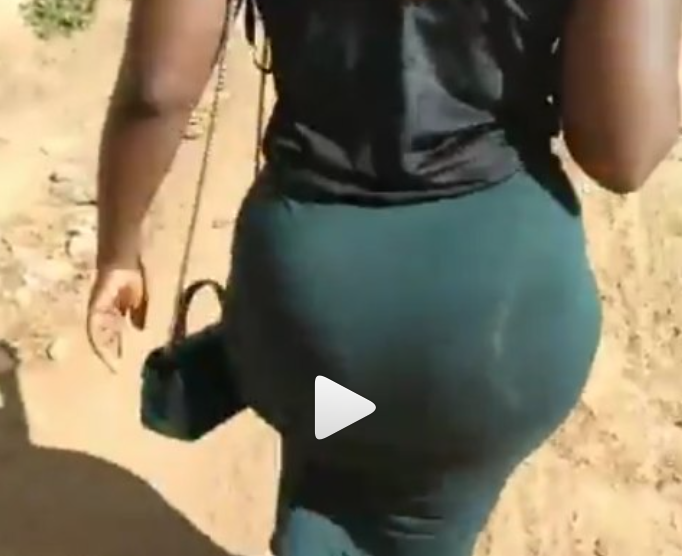 Asides from the many natural resources that Africa boasts of, the continent can also boast about having beautiful and naturally endowed women.

These women also show off their curv£s every chance that they get.

While women from some African countries are more endowed than others, Kenya is one of the few countries that can boast of having curvac£ous women.

Read Also Hilarious!! No-nonsense Mother Disciplines Daughter At A Hotel After Catching Her With A Man (Video)

A new video of Kamba Women in Kenya with huge derrieres spotted flaunting their God given assets by the roadside and is causing chaos on social media.

In the video, the ladies can be heard conversing in Kamba while competing in flaunting their big backsid£s.

The beautiful babes from Kamba-land seem to be rivalling ladies from the Luo community.

See video below as they flaunt their big bams.

Hilarious!! No-nonsense Mother Disciplines Daughter At A Hotel After Catching Her With A Man (Video)